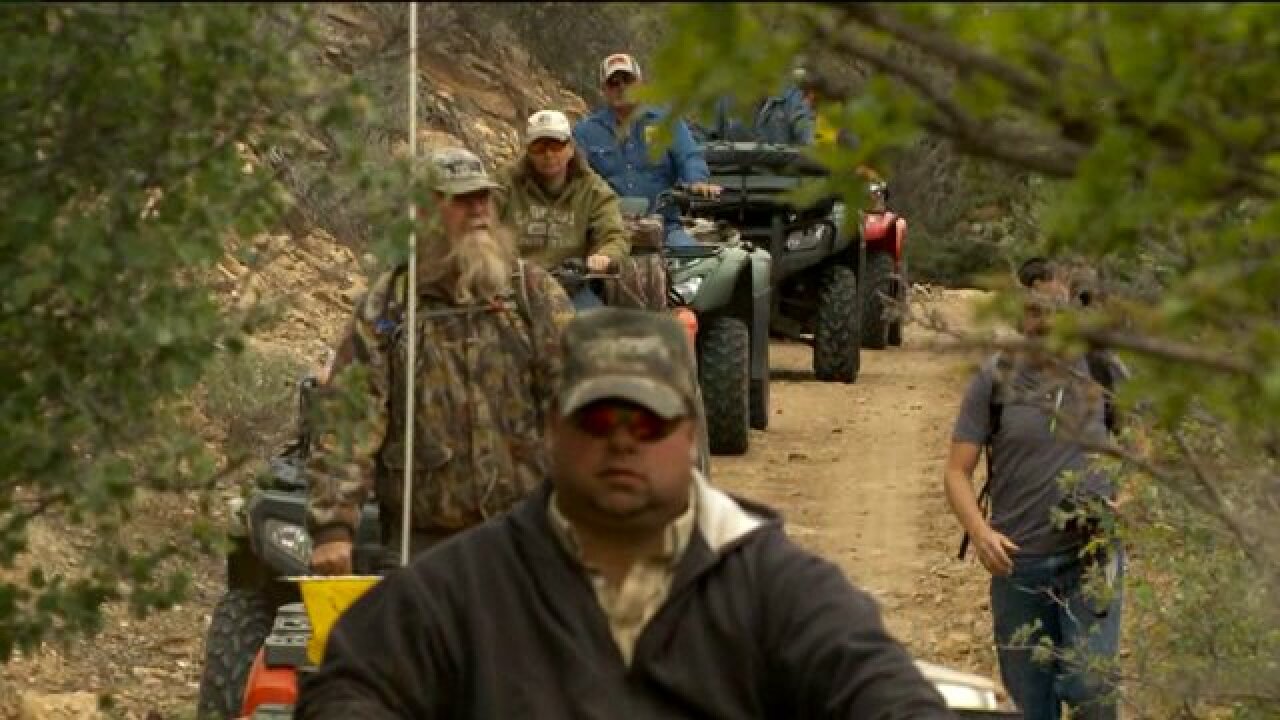 BLANDING, Utah -- Some carried flags, others held signs, and more than a few were armed.

The message from these protestors was all the same: They want to reclaim Recapture Canyon for ATV use. They said it's public land and they are the public.

"I've been out in these canyons for a long time, and I rode in this canyon back before they closed it," Sharon Smith said. "It's a beautiful place. This is my wheel chair, and I want a chance to use it. I'm 70 years old. I’m disabled."

Smith was among the majority of protestors to ride the trail, which the Bureau of Land Management closed to the public in 2007.

“I think it is very unfortunate that a group of individuals, with pretty extreme ideology in my opinion, decided they need to break the law,” said Tim Wagner of the Sierra Club.

The BLM as well as other area environmentalists, like Wagner, said the canyon was closed to ATV use in order to protect 2,000 year old artifacts, including Native American burial sites.

“How would the residents of Blanding feel if someone wanted to blaze a trail right through the middle of their cemetery? You know, it's the same thing,” Wagner said.

Hiking and horseback riding is still permitted in the canyon.

Malcom Lehi said there is a chance his heritage dates back to the canyon.

“I don't want anyone down in here, because of those sites, they are sacred sites,” Lehi said.

However, San Juan county commissioner Phill Lyman, who organized the protest, said he thinks there's a way both sides can come to a compromise.

"If you can show us how to redirect that route, we will have 300 volunteers out there with our shovels and we will work around any of the archeology," he said. "We'll do whatever it takes."

Ryan Bundy, whose family recently had their own highly publicized land dispute in Nevada, was also at the protest to show support.

“The Bureau of Land Management is taking un-rightful control of this land and the people are tired of it: They simply cannot put up with it any longer,” Bundy said.

There was also a high law enforcement presence at the protest.

Eldredge said the protest was peaceful and there were no incidents.

There were a small number of BLM representatives at the protest, all wearing civilian clothes. According to their press release: “The BLM Law Enforcement presence focused on recording and documenting individuals who chose to violate the law by traveling into the closure area on ATV’s.”

The statement goes on to say, “The BLM will pursue all available redress through the legal system to hold the lawbreakers accountable.”