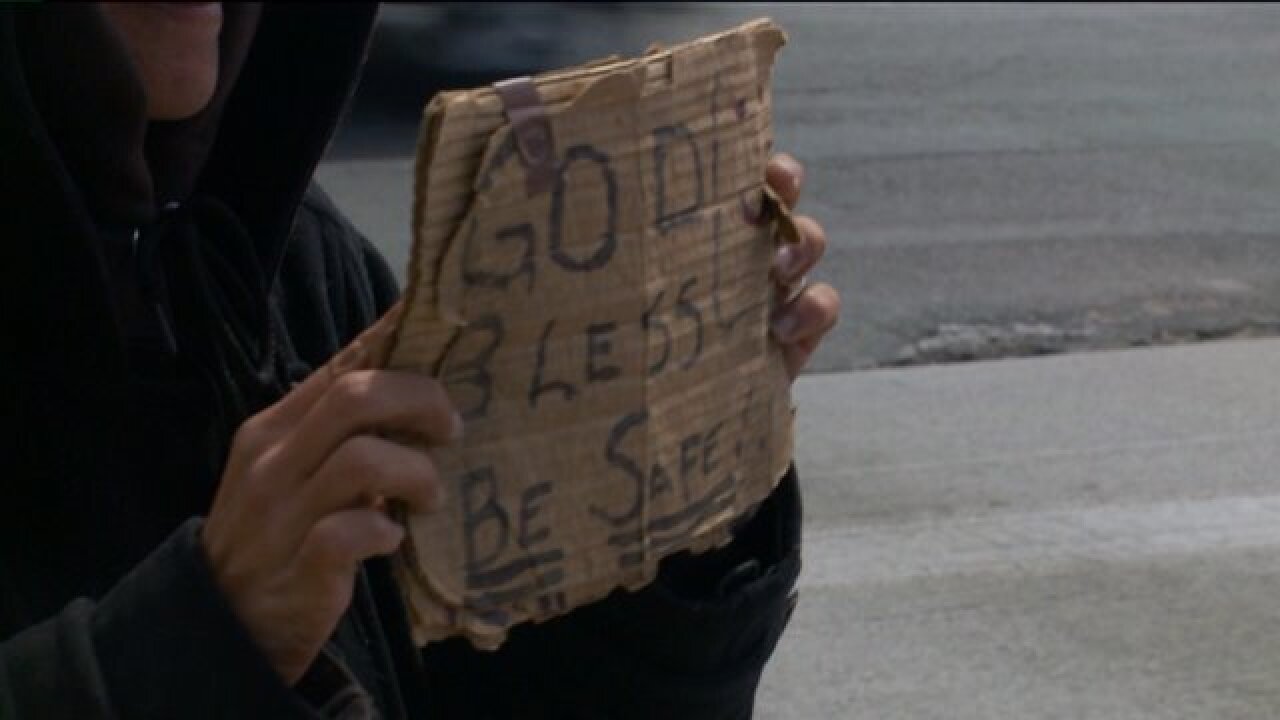 SALT LAKE CITY -- Jennifer Gailey’s day starts and ends on the side of a road in Salt Lake City, waving and smiling at what might be her only chance of leaving, which drives by every few minutes.

She has been homeless for about five years and relies primarily on panhandling to pay the occasional bill.

“I come out seven days a week, holidays, weekends, Sundays, every day,” Gailey said. “We’re not out there to bother anybody. If people want to help, they’re more than welcome to. If not, they don’t have to.”

Starting on Tuesday, though, the effort could cost her more than she earns, when a new roadway safety law takes effect in the state, essentially banning panhandling on state roads and on-off ramps.

“While it purports to be a traffic safety ordinance or statute, I think it really is an ordinance designed to stop people from panhandling, from asking for money,” said Stewart Gollan, an attorney for the Utah Civil Rights and Liberties Foundation.

Gollan has represented half a dozen panhandlers in lawsuits against cities in the state, which had similar laws. He sees this legislation as no different.

“It’s protected speech and the fact that people may be uncomfortable with the message of speech doesn’t mean it can be prohibited by government,” Gollan said.

But according to the bill’s sponsor, Rep. Jim Nielson, R-Bountiful, it’s prohibiting anyone from creating a potential traffic problem on state roads.

“It basically discriminates against anyone who chooses to use the roadway in a way it wasn't intended to be used,” Nielson said.

The law extends past panhandlers, prohibiting anyone from stepping off the public sidewalks and into the middle of the street.

“If you’re there and you’re a politician waving signs or you’re someone seeking to fill the booth for some charity or if you’re someone that’s campaigning, any of those puts someone at rise,” Nielson said. “And we don’t differentiate between those behaviors.”

According to Nielson, the Salt Lake City Chamber of Commerce and the Downtown Alliance were in support of the legislation because of growing concern over the number of panhandlers in the city.

In a survey commissioned by Downtown Alliance, crime and panhandling were the main reasons why Utahns did not want to visit the city’s downtown, a shift from the typical complaint of parking.

“I’m an architect and I’m conscious of design. And when you design a roadway, particularly a busy roadway for cars, and then you choose to use a different way, put people out there in that space, there is always risk when you do that,” Nielson said.

For Gailey, however, the legislation does more harm than good.

“We’re out there just trying to survive, trying to get a job, trying to do the things that the rest of society wants us to do. But we keep running into roadblocks,” Gailey said.

If caught breaking the new law, a person could be charged with a Class C Misdemeanor, which carries a maximum penalty of up to 90 days in jail and/or a $750 fine.