CHESTERFIELD COUNTY, Va. -- A teenager from Virginia said she was kicked out of a senior prom for homeschoolers because chaperones thought her dress was too short and her dancing too provocative, WTVR-TV reports.

Clare, whose last name wasn't listed in the report, said the only dress code on the registration form was that dresses needed to pass the fingertip test. That means the dress hem can't be above her fingertips when her arms are relaxed to the side.

A photo on a blog post Clare wrote [graphic language warning] shows her dress did meet that requirement.

Clare said she was approached by a prom organizer almost as soon as she arrived and was told "honey, that dress is too short."

Clare also said a prom organizer, who she identified as "Mrs. D," told her some of the fathers who were chaperoning the prom had complained her "dancing was too provocative" and that it was going to "cause the young men at the prom to think impure thoughts."

"At this point I said to her that I hadn’t been dancing at all! Much less seductively, and that even if I had been being inappropriate, they should issue a warning instead of just kicking me out," Clare wrote. "I’m not responsible for some perverted 45 year old dad lusting after me because I have a sparkly dress on."

WTVR attempted to contact the prom organizers but did not receive a response. 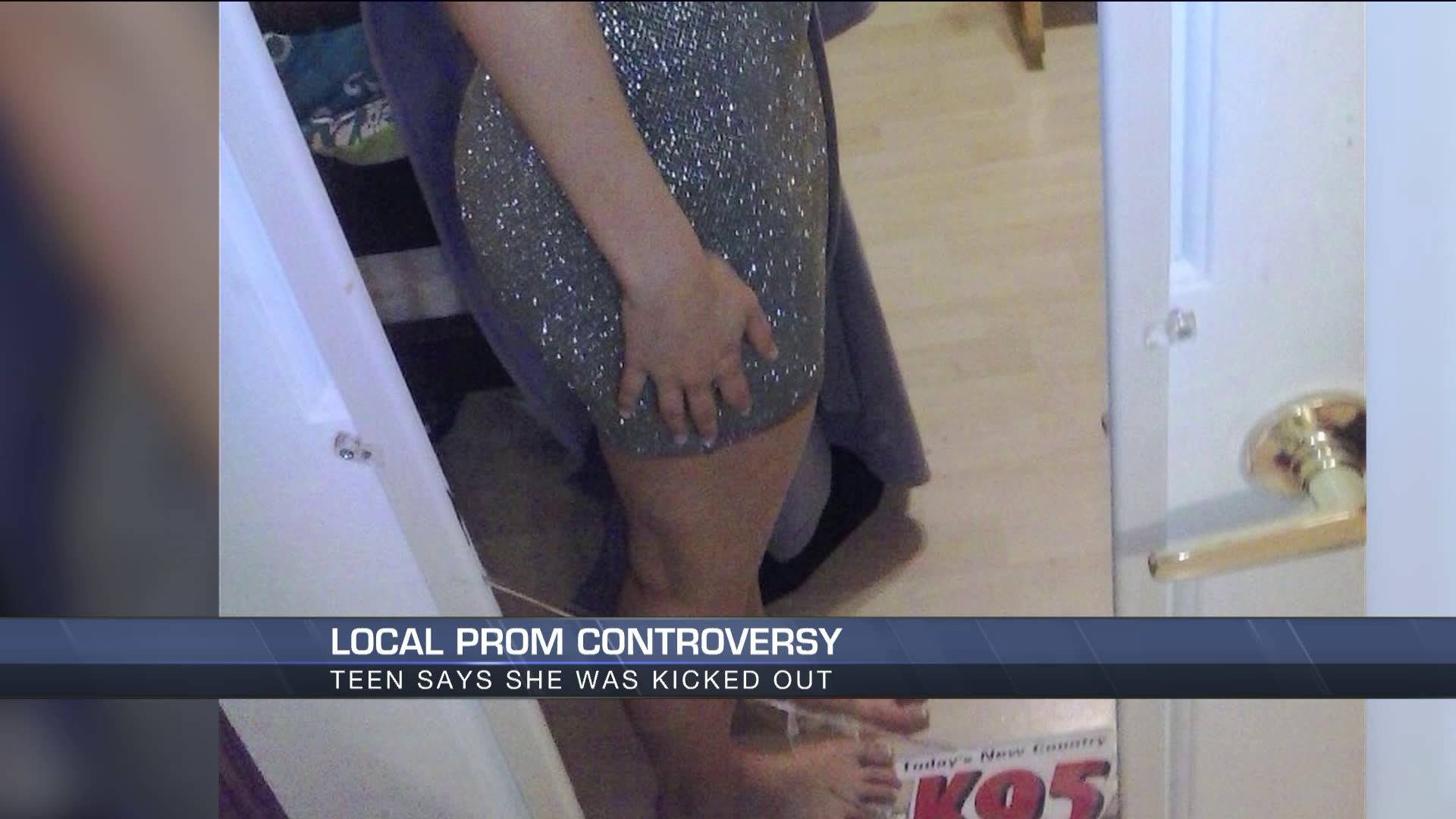