Vehicle that fled from police crashes, 3 dead and 1 injured

At approximately 5 a.m., police at Salt Lake City International Airport noticed a black Volkswagen speeding out of one of the parking structures said Sgt. Larry Mower with Utah Highway Patrol.

Inside the car were three men and one woman, all believed to be in their mid-20s.

The officer attempted to stop the vehicle, which then got onto I-80 but the chase was soon terminated.

“If there is a threat to public safety, if the reason for the pursuit doesn’t really justify the means of apprehension, if you’re told by a supervisor there are many reasons why we would terminate a pursuit,” Mower said.

Mower said the officer continued to drive on the freeway to a median where he could turn around to go back to the airport.

“As he was approaching this turnaround area he noticed some dust in the air and thought something may have happened, so he came over to this ramp and that’s when he noticed the car on its roof,” Mower said.

The car crashed into a retention pond in-between Interstate 80 and Interstate 215, near exit 117.

“Based on the scene and how far the vehicle rolled it looks like they were going at a pretty high rate of speed,” Mower said. “When the vehicle rolled, it rolled several times and ended up on its roof in the weeds, the driver was ejected from the vehicle.”

The driver, listed as a 24-year-old man, was the only person in the car not wearing a seat belt. He was listed in critical condition with internal bleeding to the brain.

UHP responded to the scene to assist and it was discovered that the two other men and the woman were dead inside the vehicle.

“It’s my understanding that the three were seat belted in, obviously the car was destroyed to the point where it just wouldn’t help them in this situation,” Mower said.

The names of those in the crash have not been released at this time.

The exit was closed for several hours. 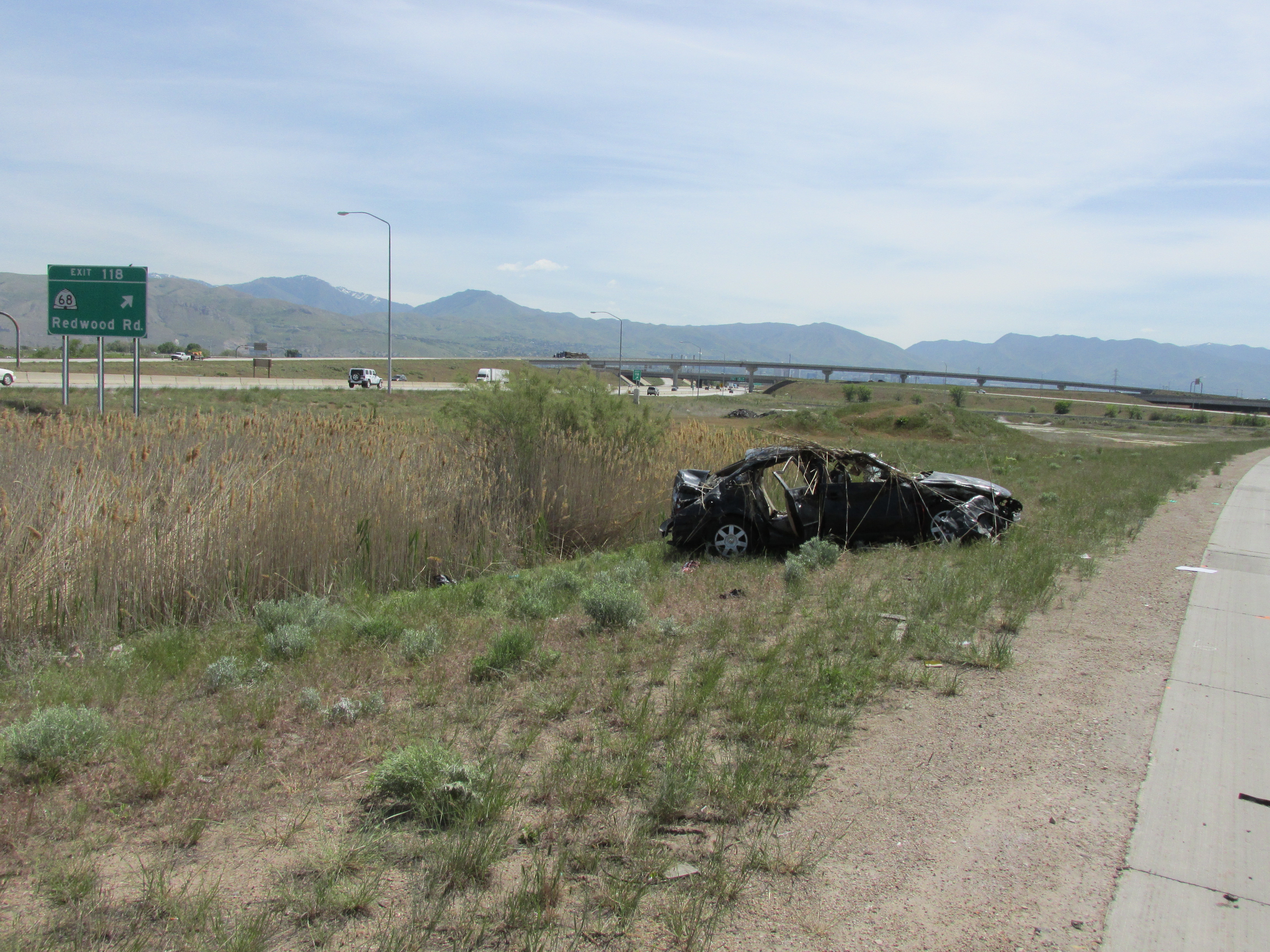