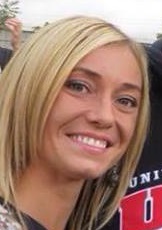 ALPINE, Utah – Police were searching for a woman who had last been seen Wednesday, and family members said the missing woman called them and said she’d been kidnapped.

Police said Saturday around 9:40 p.m. that the woman had been found and was with police officers.

Candice Chappuis, 27, had last been seen in Alpine on Wednesday and she was believed to be in a white 2011 Nissan Xterra.

According to a press release from the Lone Peak Police Department, Candice’s husband, Gaston Chappuis, called police Thursday because he had not seen his wife since Wednesday. Police put out a statewide attempt to locate on Candice and the vehicle. According to the release, “At that time there was no additional information or evidence showing that Candice was in any type of danger.”

Family members contacted police Saturday and said Candice had called and said she had been kidnapped and that her car had been stolen, according to the press release. The family members reported that the line disconnected before further information was gathered.

A few hours after sending the press release, officials sent a follow up notice and stated the woman had been found.