Woman loses 100 pounds, says ‘There is no secret’ 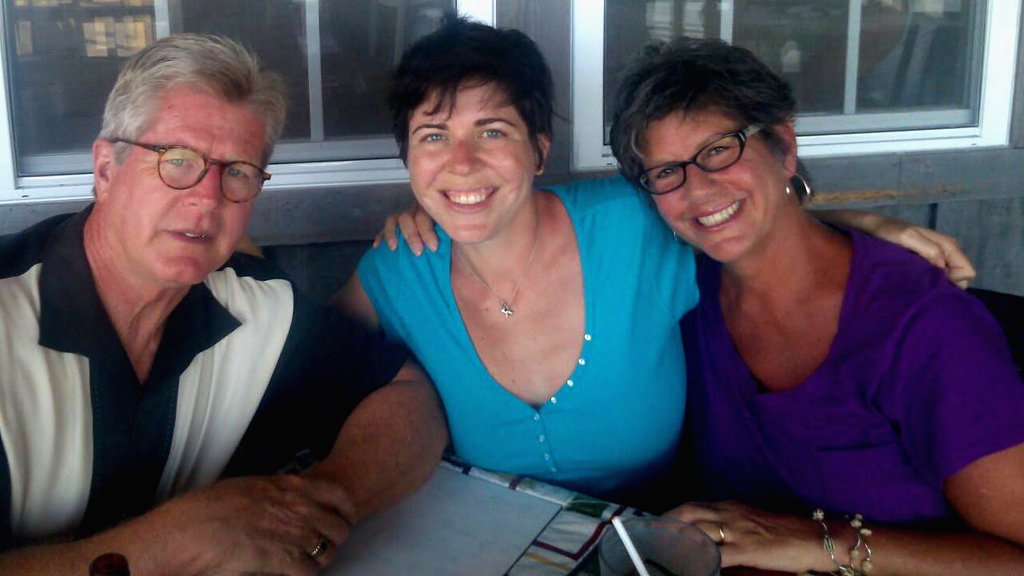 (CNN) — At the last minute, Morgan Victoria’s friend convinced her to attend their 10-year high school reunion. Victoria hadn’t had any intention of going to “such a silly thing,” but her friend’s significant other couldn’t make it and, well, peer pressure doesn’t end at 18.

Victoria balked as the former class president handed her a name tag. On it was Victoria’s senior photo. Walking around the event, something inside of her snapped.

“I’m wearing a picture of me 10 years younger and 100 pounds lighter,” Victoria remembers. “It was humiliating.”

At the August 2012 reunion, Victoria weighed 255 pounds and wore a size 18 dress. Over the next nine months, she lost more than 100 pounds by moving more and eating less.

Victoria didn’t grow up overweight, though she sometimes felt like it in her athletic family. Her parents cooked healthy meals around the house, and Victoria swam competitively, played tennis and ran cross country until she left for college.

At the Savannah College of Art and Design in Georgia, where she majored in communication arts (otherwise known as comic books and poetry, she jokes), she ate whatever she wanted. That included plenty of junk food.

“You eat the cheap stuff,” Victoria remembers. “It wasn’t like I was getting home from the studio and being like, ‘I need some lean protein and vegetables.’ ”

When she graduated and struggled to find work, she ate even worse. Though she lived in Savannah, Georgia, a walking city, she never went to the gym and couldn’t combat the excess calories she was consuming.

In 2011, Victoria married Lyndsay Rosenlund in a small private ceremony with family and friends in Washington state. The couple moved to Atlanta and started going out for dinner frequently with friends.

But the day after her high school reunion, Victoria went into the pantry of their home and got rid of anything with more than a few ingredients on the label. She read about serving sizes and started using an app to count calories. She even bought a food scale.

“Honestly, all of it was kind of hard,” Victoria says. “At 255 pounds, you don’t actually want to do anything. … Exercising was hard because I was embarrassed. Nobody wants to be the fat girl working out.”

So she stayed out of the gym, and started walking with Rosenlund and their dogs, Giuseppe and Romona. She walked for about an hour every morning and an hour every night. Eventually she gained enough confidence to jog. Now she runs 5Ks.

“We tried running together when we first started our journey, but it turns out I hate running,” Rosenlund says. “However, we both enjoy hiking so we try and hike every chance we get.”

The couple also tried to limit how often they ate out. When they did go to a restaurant, they made a game plan and made smarter choices. Water instead of beer. Balsamic vinaigrette instead of ranch dressing.

Victoria swears she never goes hungry. She relies on big salads, air-popped corn and lean protein to keep her full without a lot of calories. With these simple strategies, she lost about 2 pounds a week. Rosenlund also lost 50 pounds.

Victoria now wears a size 6 and has maintained her final weight of 150 pounds for nearly a year.

“Morgan has a lot more energy and less anxiety,” Rosenlund says. “I think that the weight loss has definitely improved her outlook on life.”

“I feel amazing,” Victoria agrees. “You feel totally different about yourself. You shouldn’t feel all that from weight, but you do.”