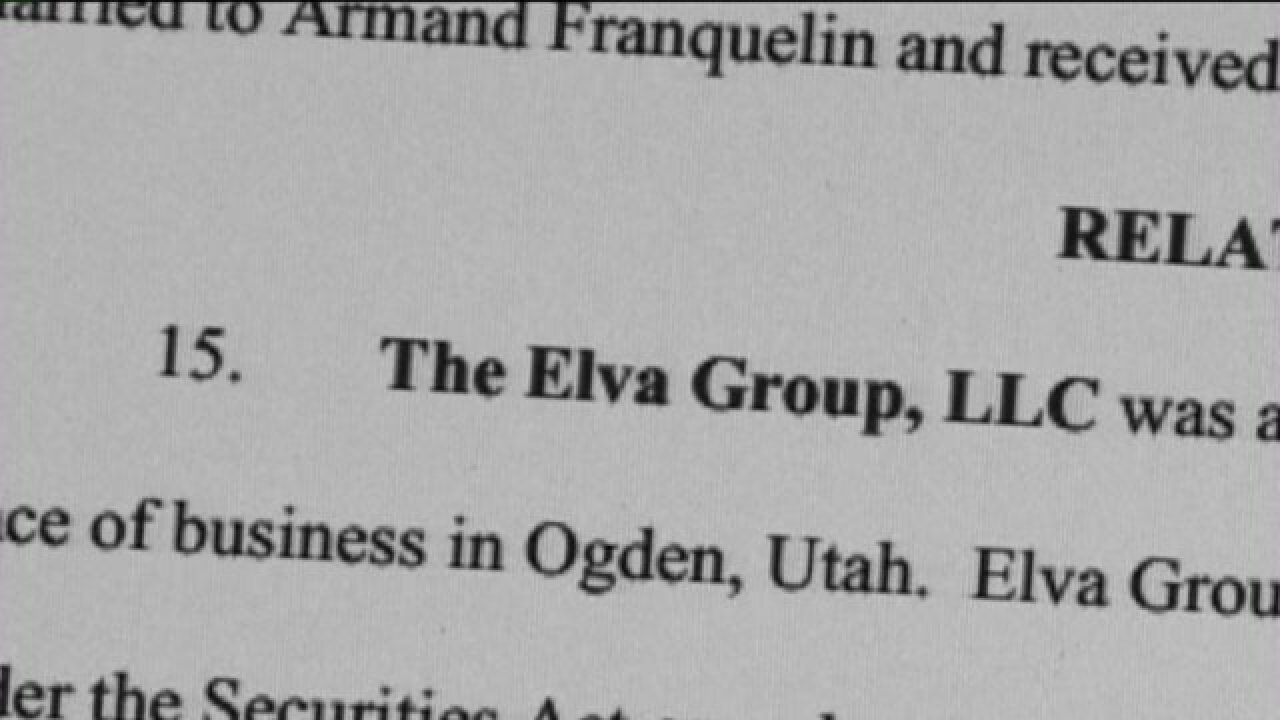 The IRS hopes this case serves as a warning for other scammers out there and for those who think they have line on a “can’t miss” investment opportunity.

For more than four years, IRS agents say Martin Pool of Alabama and Armand Franquelin of Liberty, Utah, admittedly got victims to invest millions in their company, the Elva Group.

Agents call it a classic case of the investors succumbing to a little bit of greed combined with too much trust.

“I think people here, especially in Utah, are far more trusting than they ought to be,” said Special Agent Virginia Keys. “Whether it’s somebody from church or a friend or work – they need to do their due diligence.”

According to their plea deals, Pool and Franquelin talked victims into converting their traditional IRA’s into accounts where the defendants would then invest those funds into a supposedly lucrative real estate project in Vernal.

The investment promised annual returns between 8 and 20 percent.

Agents say the men took the money and used it for their own personal benefit and left those people with nothing.

Pool and Franquelin also admitted to using some of the Elva Group money to pay off earlier investors in another Ponzi scheme.

The defendants agreed to pay more than $9 million in restitution.

Pool and Franquelin are scheduled to be sentenced for their crimes this summer.

Pool is scheduled at the end of July where it’s recommended he spend more than six years in federal prison.

Franquelin is scheduled to be sentenced in mid-August. It is unknown whether prison time will be recommended for him as well.