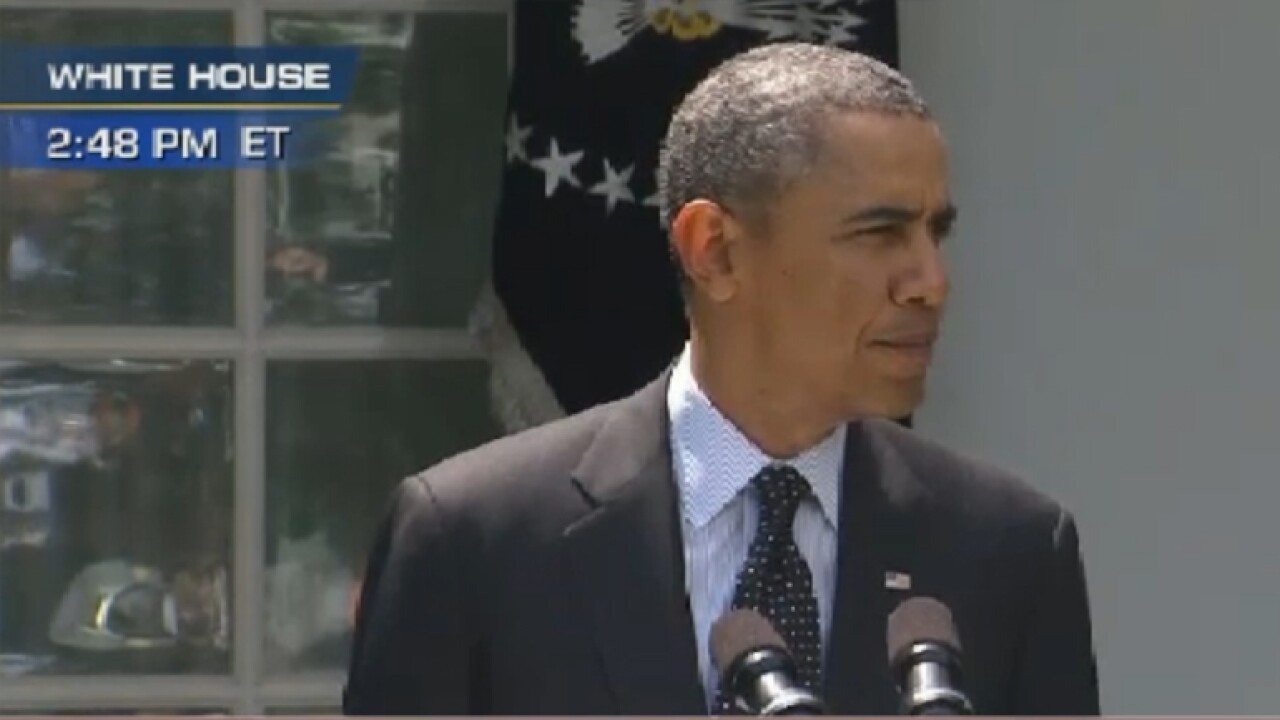 The role of U.S. troops in Afghanistan after 2014 will be “disrupting threats posed by al Qaeda, supporting Afghan security forces” and supporting the Afghan people, U.S. President Barack Obama said Tuesday. “Afghanistan will not be a perfect place. And it is not America’s responsibility to make it one,” he said. “The future must be decided by Afghans.”

U.S. President Barack Obama said Tuesday that he wants more than 9,800 U.S. troops to stay in Afghanistan after the end of 2014, with the number cut roughly in half by the end of 2015. By the end of 2016, he said, the military “will draw down to a normal embassy presence in Kabul, with a security assistance component.”

Obama said this year is a “pivotal year” in Afghanistan, saying that 2014 will mark the conclusion of the U.S. combat mission there.

“We will bring America’s longest war to a responsible end,” he said.

(CNN) — With combat operations in Afghanistan ending this year, President Barack Obama will announce Tuesday his plan for almost 10,000 American troops to remain in the country through 2015 if the Afghan government signs a security agreement.

The announcement offers something to proponents and opponents of a continued U.S. military engagement in Afghanistan after more than a decade of war — the longest in American history.

A senior administration official said Obama would call for more than 9,800 U.S. troops to stay in Afghanistan after the end of 2014, with the number cut roughly in half by the end of 2015.

By the end of Obama’s presidency, the military would transition to a smaller security force involving embassy security operations, according to the official, who spoke on condition of not being identified.

Currently, the United States has 32,000 troops in Afghanistan. Keeping any there beyond the end of 2014 — when Washington and its NATO allies will formally halt any combat operations — depends on Afghanistan signing the security agreement rejected by outgoing President Hamid Karzai, according to the senior administration official.

Two candidates facing each other in next month’s run-off election to choose Karzai’s successor have said they will sign the security pact.

In a background call with journalists before Obama’s announcement, senior administration officials said the intention was to show continued international support for Afghanistan as it transitions to its new elected government.

Some NATO forces would join U.S. troops remaining beyond 2014, the officials noted.

The successful first round of voting showed Afghanistan forces now were capable of providing security, the officials said.

Obama’s announcement comes the day before he delivers a foreign policy speech at the U.S. Military Academy at West Point, New York.

According to the officials, Obama will outline a shift in resources permitted by ending the wars in Iraq and Afghanistan in order to increase counter-terrorism assets in Africa and elsewhere.

Until now, Obama’s administration has been reluctant to assign a number to American troop strength in Afghanistan once the combat mission ends. A continuing U.S. mission after that will focus on training and counter-terrorism operations.

Republican leaders reacted to reports of Obama’s planned announcement with encouragement for a continuing mission, but skepticism over the rigid time line.

“I’m pleased the White House met the military’s request for forces in Afghanistan. However, holding this mission to an arbitrary egg-timer doesn’t make a lick of sense strategically,” said Rep. Howard “Buck” McKeon, the California Republican who chairs the House Armed Services Committee.

House Speaker John Boehner, who has pushed for reaching a bilateral security agreement with Afghanistan to keep U.S. troops there, said he welcomed the plans for a continuing mission.

“It has been my long-standing position that input from our commanders about the conditions on the ground should dictate troop decisions, and not an arbitrary number from Washington,” Boehner added in a statement.

Canada pulls out of Kabul as NATO winds down Afghan operations

CNN’s Jim Acosta and Kevin Liptak contributed to this report.