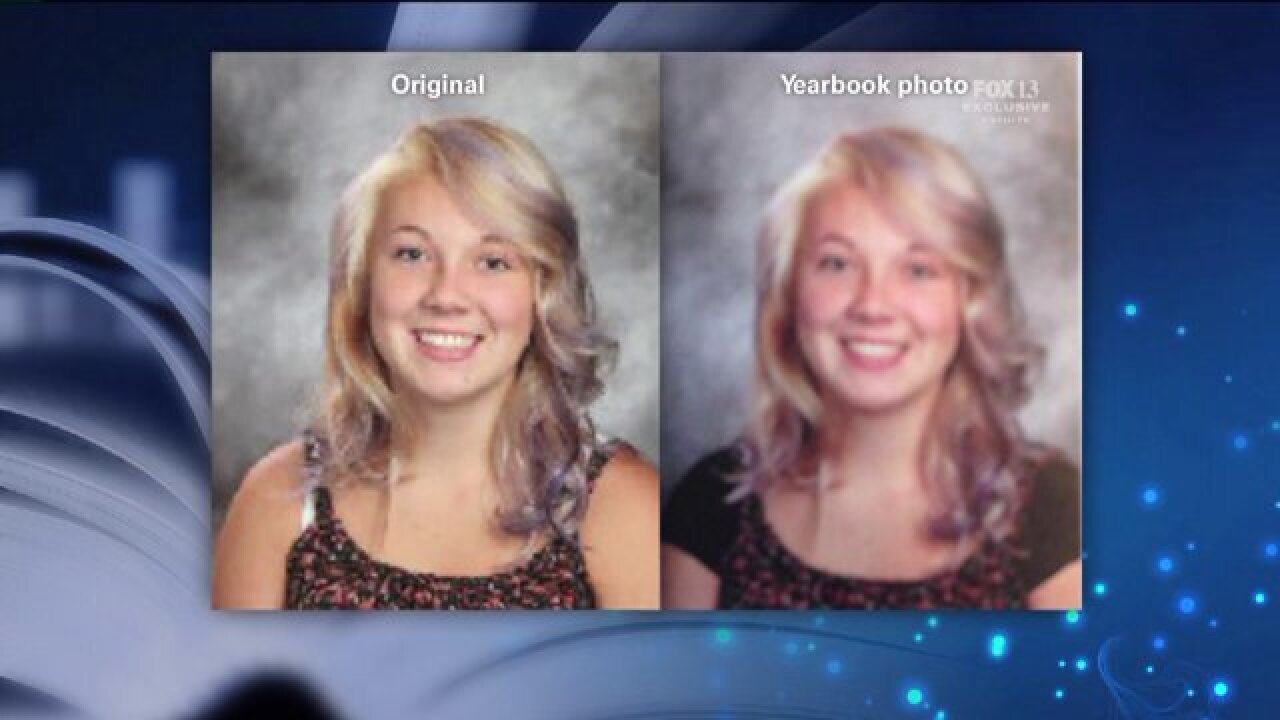 WASATCH COUNTY, Utah -- Female students at a Utah high school want to know why their yearbook photos were altered to show less skin without them knowing about it.

The students who were surprised to find their photos altered attend Wasatch High School, and some of them said they also feel upset because it appears the decisions whether to alter the photos or not weren't made consistently.

“I feel like they put names in a hat and pick and choose who," Sophomore Rachel Russel said. "There were plenty of girls that were wearing thicker tank tops and half of them got edited and half of them didn't."

And that’s what bothered the girls the most. It seemed like the school randomly picked which pictures to edit. In one case, two different girls were wearing nearly identical tops: one photo was altered to add sleeves and the other was not. At least two dozen girls had their photos altered. The students who spoke with FOX 13 News were not aware of any male students who had their photos altered.

But educators said the students know the dress code and there was a sign warning them that their pictures may be edited. However, the Wasatch County Superintendent admits the school erred in not applying the same rules to each student.

“We only apologize in the sense that we want to be more consistent with what we`re trying to do in that sense we can help kids better prepare for their future by knowing how to dress appropriately for things,” said Terry E. Shoemaker, who is the superintendent of schools for the  Wasatch County School District.

FOX 13 News' Kiersten Nuñez spoke with students and school officials, see the video above for her report. The photos are included in that video and are also available in the gallery below.