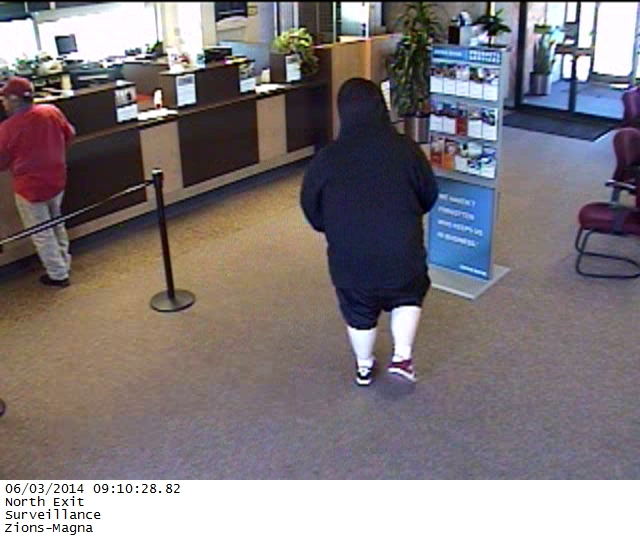 At approximately 9:15 a.m. on Tuesday, a man walked into a Zion’s Bank, located at 8376 W. 3500 South, and approached a teller with a note, according to a press release from police.

Police say the note demanded money and the teller complied.

After receiving an undisclosed amount of money, the suspect fled on foot.

Police say the suspect did not threaten or show any weapons. No one was hurt during the robbery.

The suspect has been described as a Caucasian male between 19 and 20 years old. He is about 5 feet and 8 inches tall and was last seen wearing a red baseball hat, a black sweatshirt, black shorts and red and white shoes.

Anyone with information regarding the identity of the suspect has been asked to call the Unified Police Department at 385-468-9819.