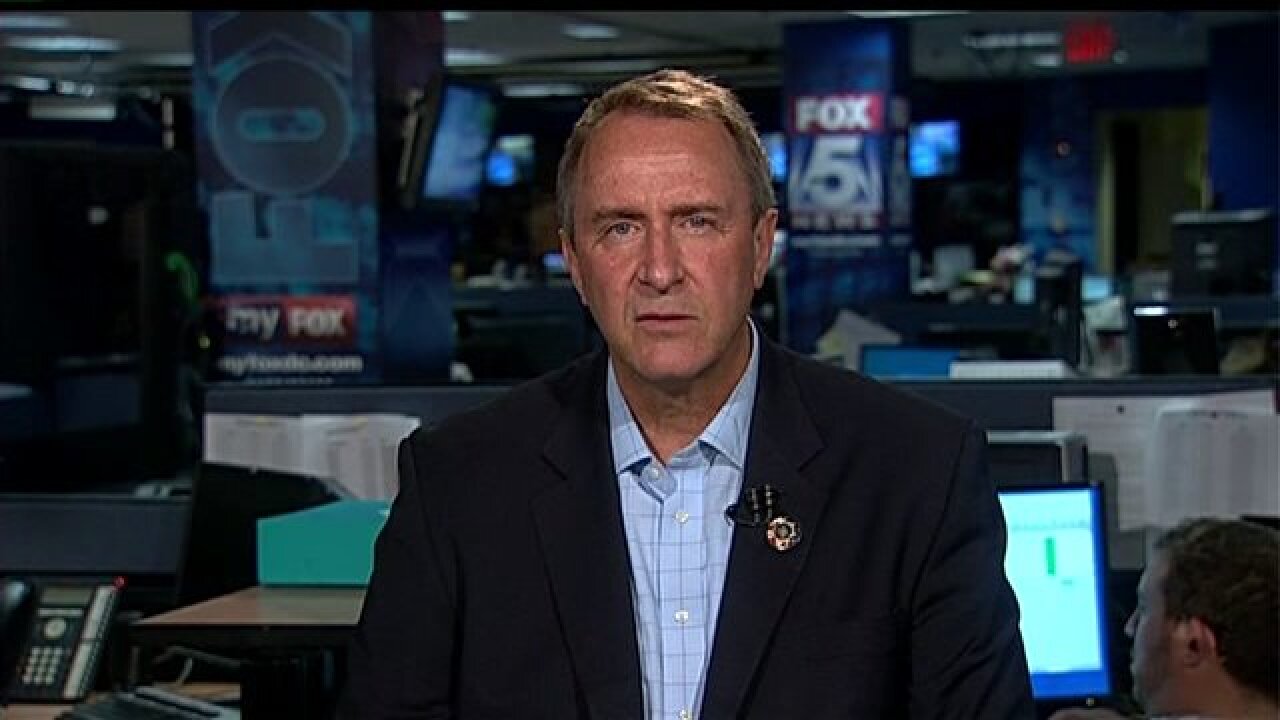 The Sandy-area homes of Swallow and Shurtleff were searched on Monday night by FBI agents and the Utah Department of Public Safety. Authorities refused to say what was taken.

FOX 13 has learned a third warrant was served late Monday night at the home of ex-Swallow campaign staffer Renae Cowley. Her attorney, Jim Bradshaw, said she has been cooperating with the investigation.

"She has been given a grant of immunity," Bradshaw told FOX 13. "We fully anticipate her cooperation will continue."

In an interview on KSL Radio's "Doug Wright Show," Shurtleff cried as he described agents serving the warrant at his home and "terrifying" his teenage children.

Shurtleff vowed he would be cleared.

"I will be cleared. There will be accountability and liability," he said of the officers whom he claimed "violated their oath of office" and went "overboard."

In a statement late Tuesday, the Utah Department of Public Safety defended its actions.

Swallow refused to answer the door at his home Monday night.

"No comment at the moment," his attorney, Rod Snow, said in an email to FOX 13 on Tuesday.

criminal investigation with Davis County Attorney Troy Rawlings continues. Gill refused to speak of what was seized from Swallow and Shurtleff's homes, nor would he say when -- or if -- charges would come soon.

"We are certainly examining all the evidence very critically and we are working through a very fruitful period of this investigation right now," he said.