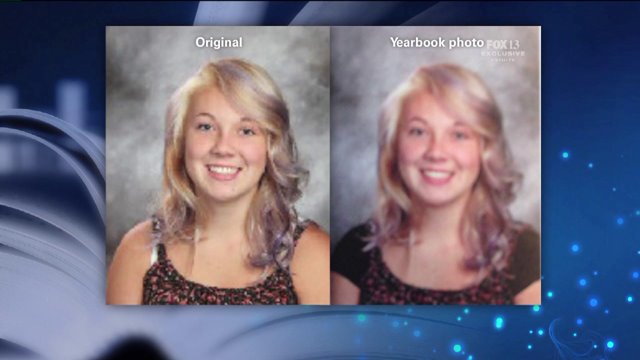 HEBER, Utah — Some of the Wasatch High School students whose yearbook photos were altered to show less skin said they have received an apology from school administrators.

The students were also offered a refund for their returned yearbooks.

When asked for a comment Tuesday, Wasatch County School District Superintendent Terry Shoemaker referred FOX 13 News to a statement the school district issued on May 29:

Yesterday, we learned that a few Wasatch High School students are upset because their photos had been edited before being placed in the 2014 yearbook.

Last fall when yearbook photos were taken, a large sign (4 feet by 5 feet) was placed where students could see it before having their photo taken.  The sign told students that school dress standards would be enforced.  Tank tops, low cut tops, inappropriate slogans on shirts, etc. would not be allowed. If a student violated this policy, the sign told them explicitly that the photos may be edited to correct the violation.  The sign was plainly visible to all students who were having their photos taken.

When the yearbook comes out in the spring, students are always excited to see their pictures and are concerned with how they look in the yearbook, so it is understandable that students in violation of the dress code could forget that they received warnings about inappropriate dress.  However, there is no question that all students were advised that photos may be edited if the student’s dress did not follow the dress code.

However, in the application of these graphic corrections, the high school yearbook staff did make some errors and were not consistent in how they were applied to student photos and the school apologizes for that inconsistency.

Wasatch High School and Wasatch County School District are evaluating the practice of photo editing of pictures as it now stands and will  make a determination on further use of the practice.