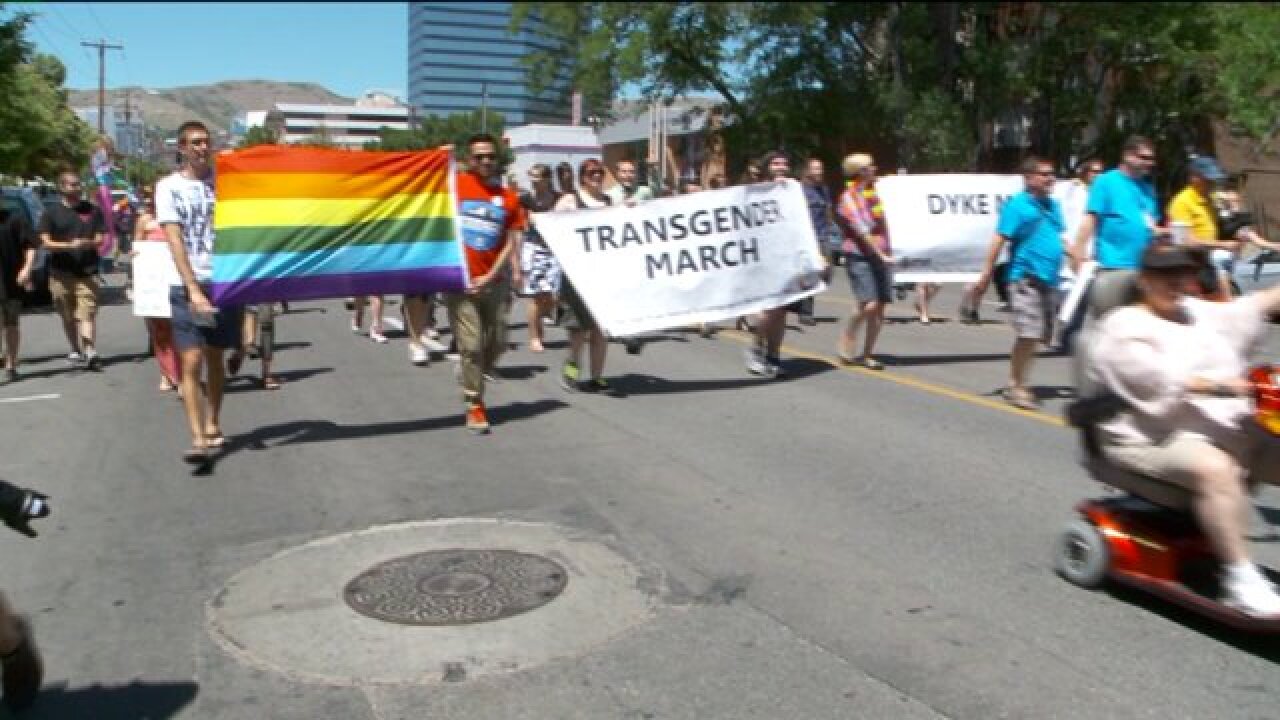 SALT LAKE CITY -- Hundreds of people participated in the DYKE Rally and March at the Utah State Capitol Saturday, and the event is part of the 2014 Utah Pride Festival.

Jocelyn Johnson is among those who organized the DYKE Rally and March, and she spoke about its purpose.

"I think that the DYKE Rallies and DYKE Marches are, by intent, even more political," she said.

Johnson said hundreds marched and that among them were Laurie Wood and her spouse, who are two of the six plaintiffs in the federal case challenging Utah's ban on same-sex marriage. Wood said the issue is much bigger than just her and her spouse.

"Every time we talk to anybody about this case, we let them know it isn't about us, it's about all of us," Wood said.

As the group marched from the Capitol Building down State Street, traffic was shut down and groups from other events joined in. Participants from a transgender rally and an interfaith service held at a Methodist church both joined the march.

"The LGBT community comes out in full force for this festival," said Michael Westley of the Utah Pride Festival. "There's a need to come together, there's a need to celebrate who we are, and we have great conversations about where we've been and where we're going."