Gunmen kill 2 police officers, another person and themselves in Las Vegas 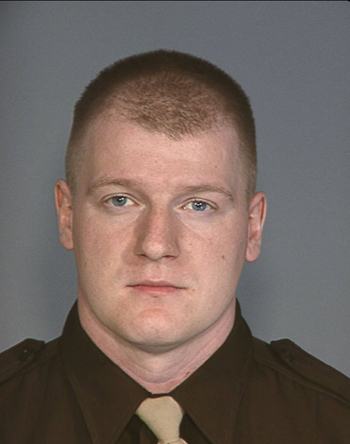 Las Vegas Metropolitan Police spokeswoman Laura Meltzer says the attackers — one male and one female — opened fire inside of a CiCi’s Pizza location at 11:30 a.m, killing the officers as they ate lunch, she said.

The names of the suspects have not been released, and a motive is not known, but witnesses told police that the shooters said “this is a revolution.”

After killing the officers, Meltzer said the pair then went across the street and into a Walmart, where they killed a female at the store’s entrance. Her name has not yet been released.

As police converged on Walmart, Gillespie says the female suspect shot the male suspect before turning the gun on herself.

The city’s public figures were quick to condemn the violence.

“This was a senseless and cruel act killing three innocent people, two who dedicated their lives to protecting all of us in our community and one who was innocently going about her daily life” said Las Vegas Mayor Carolyn Goodman.

“I am devastated by the news today of two officers and an innocent bystander who were murdered in an act of senseless violence,” added Nevada Gov. Brian Sandoval. My thoughts and prayers go out to the victims and their families.”

“We express our deepest condolences to everyone who have been affected by this senseless act of violence,” said Walmart spokesperson Brooke Buchanan.

“We are deeply saddened by this tragic event and our hearts go out to the families and friends of the officers,” said Geoff Goodman of CiCi’s.

CNN’s Matt Stucker and Janet DiGiacomo contributed to this report.