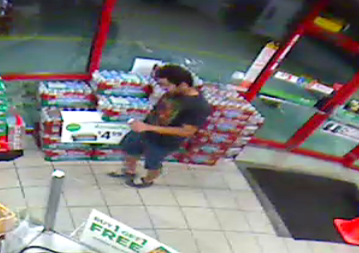 PROVO, Utah — The Provo Police Department has released a series of photos that show a person of interest in a suspicious fire that started Tuesday morning at a vacant house.

The photos came from surveillance camera footage shot at a 7-Eleven store about two blocks from the house.

Police said the footage shows a male purchasing gasoline one hour before the fire started.

The same house caught fire on the morning of April 22. The Utah Department of Transportation owns the property and had been making preparations to demolish the home Tuesday before the fire started.

Anyone who recognizes the individual in the surveillance photos is asked to call Provo police at 801-852-6210.