UPDATE: Though officials said the fire is 100 percent contained, firefighters maintaining containment dealt with a resurgence of flames Thursday evening around 9:30 p.m. See the video above for footage of the flare up.

DRAPER, Utah -- Some Draper residents were forced out of their houses Thursday as a field fire quickly threatened their homes.

The fire started shortly after 1:30 p.m. near Highland Drive and 12600 South, and Unified Fire Authority has deemed the fire was human caused. They continue to investigate exactly how the fire broke out.

The smoke could be seen from I-15 and flames were raging as FOX 13 News got closer to the Corner Canyon hillside. Eight acres burned as some residents fled their homes.

One resident recalls her conversation with her husband, saying, "It smells like it's really close so I went back in the house. Five minutes later - literally five minutes later - he's like, 'Get Marco and get in the car they're evacuating the neighborhood.'"

Another resident, Ron Witzel, said, "I get a call from my wife when I'm in the office very panicked, 'It's on fire, the hill's on fire again' so it's really disconcerting."

Authorities have confirmed the blaze was human caused, and as they continue their investigation, some residents recall, "...that they saw a person trying to stamp out a fire and then it just exploded and they ran away."

"Fortunately we had a shift in the wind and a slight cool down with some rain at some point, and it ended up helping our efforts in bringing this fire back to a manageable size," Battalion Chief Brian Anderton said.

Fire officials said a dozen homes were threatened but none were damaged. With fire season now underway, city officials said this fire is a stark reminder of how careful we need to be when recreating outdoors.

"Two weeks from now, fireworks go on sale, so we're hoping that this is a good wake up call for everybody to understand how dangerous it is to be up there with anything that starts a fire," said Troy Walker, who is the Draper City Mayor.

Fire authorities are asking for the public's help to piece together how the fire started. They're asking residents who may have seen or heard anything near the time of the fire to call UFA's Arson hotline at (877) 572-7766.

As of Thursday night, the fire is 100 percent contained but crews will be on scene throughout the night to monitor any hotspots or flare-ups.

Photos from the area showed smoke and flames, see the photos in the gallery below. Video from the scene, courtesy Adam Rodriguez, shows flames just above several homes. 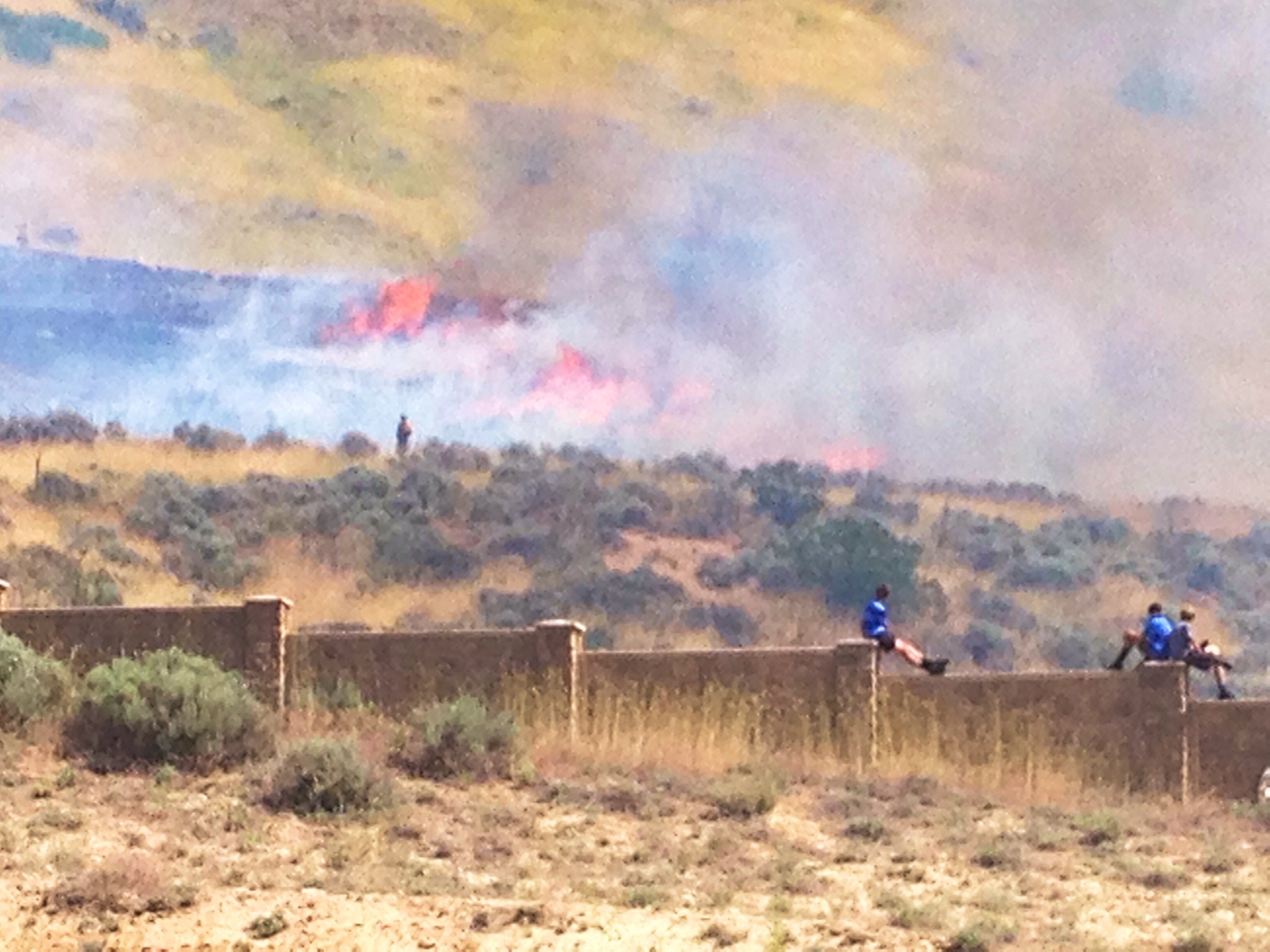