SYRACUSE, Utah – A man firefighters said attempted to fight a house fire with a hose suffered burns, and a home was damaged enough to be rendered unlivable Friday afternoon.

When firefighters arrived at the scene of the blaze, a home at 731 S. 1526 West, they found a young man fighting the fire with a garden hose, and that individual suffered burns on his arms.

When ammunition stored in the garage began to explode, firefighters had to temporarily suspend operations.

Officials at the scene told FOX 13 News the house is unlivable and that several cars in the garage were destroyed.

The cause of the fire is under investigation, but officials said it appears the fire began in the rear area of the garage. FOX 13 News will have more information as it becomes available. 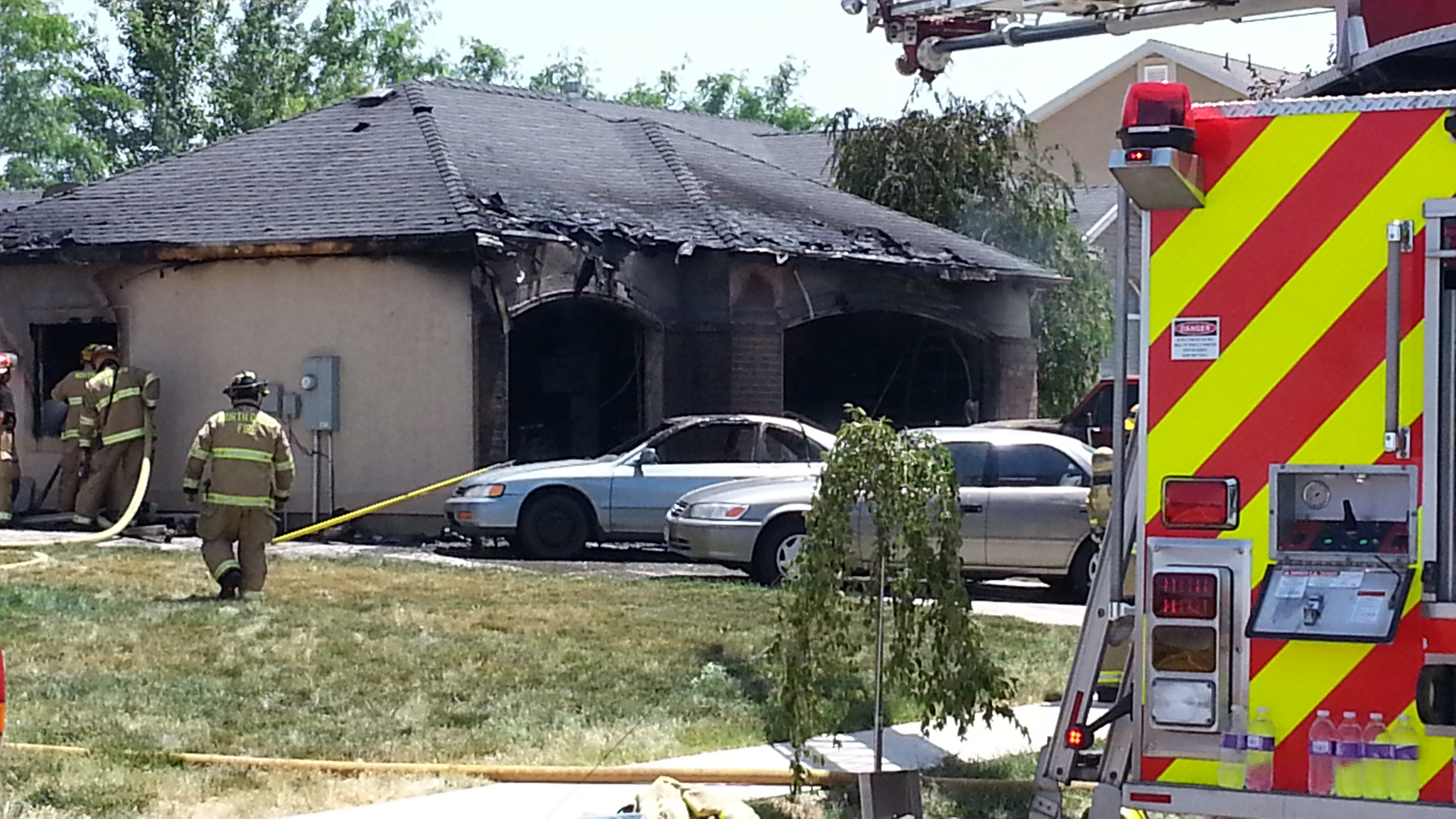