Report: Army veteran in Missouri risks life to save injured dog on interstate 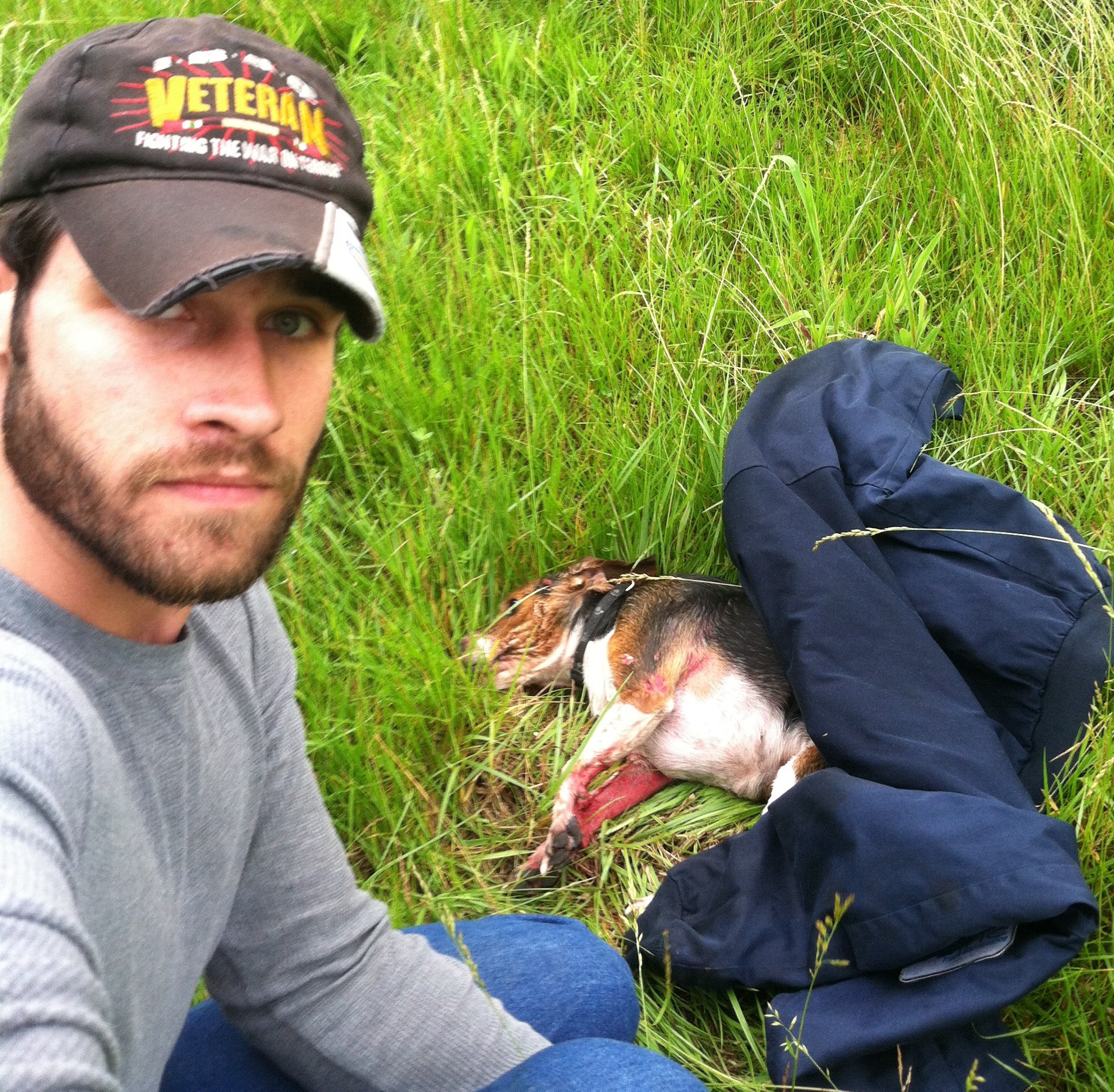 LEE’S SUMMIT, Mo. — A U.S. Army Reserve veteran reportedly risked his own life this week to rescue a stray dog after he watched it get hit by a car on Interstate 470 in Lee’s Summit, Missouri.

FOX 13 News sister station FOX 4 in Kansas City reports that Aaron Schneider crossed three lanes of traffic on foot and placed himself between the wounded canine and oncoming cars until he was able to coax the injured beagle into accepting help.

The man first tried picking the injured animal up, but the dog was in pain and defensive. Schneider called 911 and was referred to animal control. The man waited in the rain for nearly three hours before the dog trusted him enough to get onto a makeshift stretcher and then from there into a truck belonging to one of Schneider’s friends.

FOX 4 reports that Schneider said: “At the end of the day, my combat lifesaver training kicked in, and I’m thankful I was able to use it to help him. Having served in Iraq, you see a lot of loss, which is one of the reasons I was determined to see him make it.”

The veteran and his friends took the dog to an animal shelter, where staff stabilized the dog and named him Buster. The dog was then referred to a speciality pet hospital for tratment of five broken ribs, internal bleeding and a torn windpipe. The dog is under care at BluePearl Veterinary Partners, who supplied the photos in this story. Click here for their press release regarding the incident.

FOX 4 reports that Dr. Brian Lucas, a board-certified veterinary internal medicine specialist with BluePearl, said there is “no question” the dog would have died had Schneider not intervened.

Click here for much more on this story from FOX 4 in Kansas City.