Woman killed after tire blows, vehicle rolls on I-15 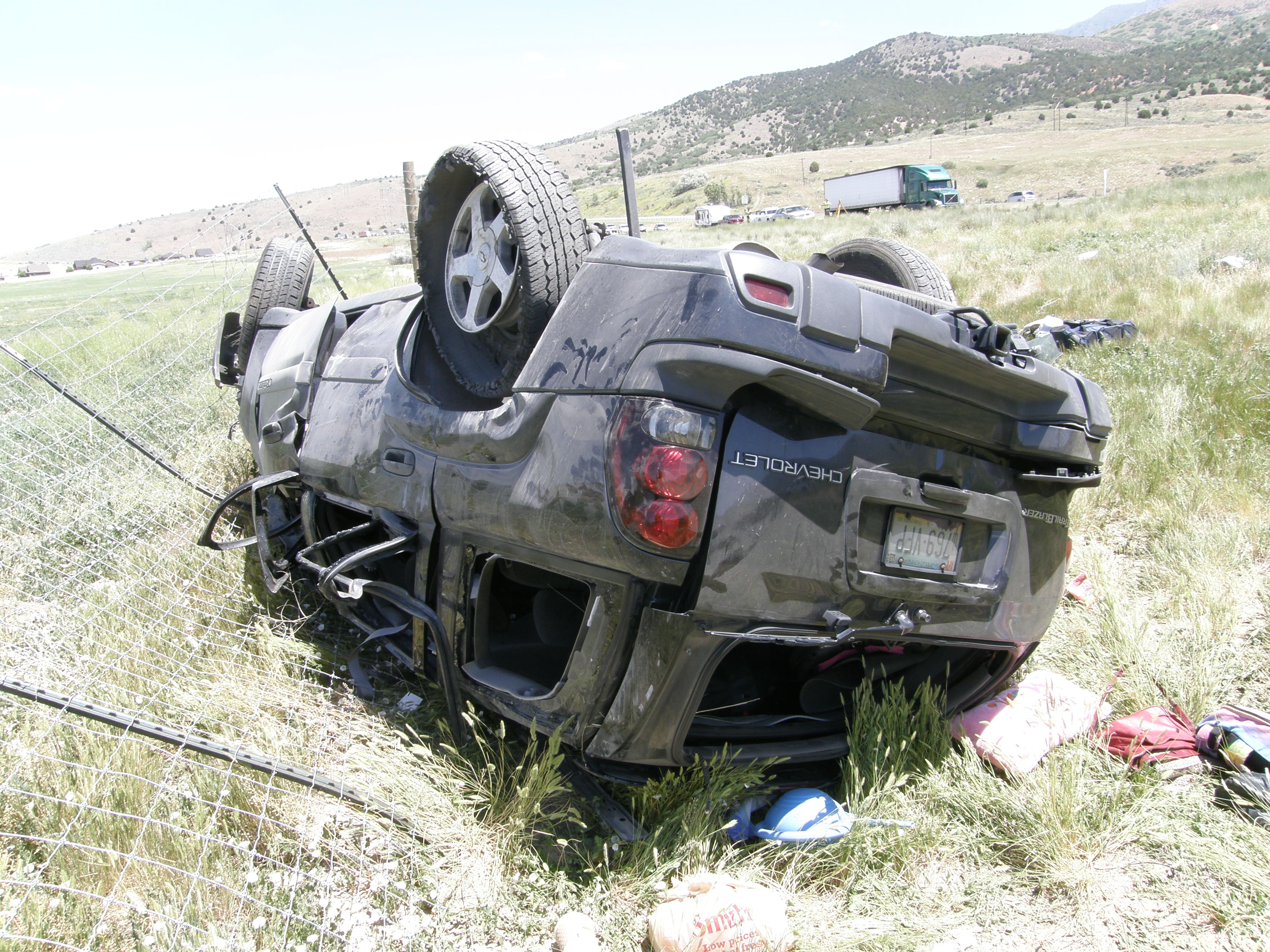 JUAB COUNTY, Utah – A woman was killed after a family traveling to the Layton area was involved in a single vehicle accident on I-15 near mile marker 240.

According to information from the Utah Department of Public Safety, a Chevrolet Trailblazer with four passengers was traveling southbound on I-15 when the right rear tire blew and the vehicle began to swerve.

The vehicle rotated clockwise as it went off of the right side of the road, where it rolled several times.

The driver of the vehicle, 55-year-old Evangelina Corral of Mesa, Arizona, was not wearing a seat belt and was ejected from the vehicle. She sustained severe injuries and was transported to Central Valley Medical Center, where she was pronounced dead.

Three women related to Corral were also in the vehicle. 25-year-old Roxanna Corral was not wearing a seat belt and suffered injuries to her pelvis. She was taken to a hospital in stable condition. Another two females, ages 18 and 7, suffered either minor injuries or no injuries at all. The 7-year-old is the only occupant who appears to have been securely restrained by a seat belt.

DPS officials said the four people are from Mesa, Arizona and were en route to the Layton area.

Southbound I-15 was closed briefly as a medical helicopter landed.

According to the statement from DPS officials: “It is probable that the proper use of seat belts could have prevented this tragic fatality.  All occupants in vehicles are reminded that Utah law requires seat belts be worn at all times whenever a vehicle is in motion.  Statistically, occupants are far less likely to be injured or killed in any crash when seat belts and car seats are properly used.”