“We see this as an opportunity to honor a brother that was killed in the line of duty, and there is no way he’s going to travel through Utah without a police escort,” said Danny Fuhr, Superintendent of the Utah Highway Patrol.

Beck’s body was flown into Salt Lake City International Airport around 3 p.m. Led by UHP, and accompanied by agencies from Nevada, Idaho and Wyoming, Beck’s body was escorted along I-80, all the way to his final resting place in Afton Wyoming.

“We actually had to turn people away from the assignment because so many people wanted to be involved in this, it’s absolutely voluntary,” Fuhr said.

Beck’s siblings were also at the airport. They said this tragedy has pulled them all closer together.

Krmpotich said what she’ll miss most about her big brother is his smile and his compassion.

“He was the kind of person that just hated attention, he would hate all the attention he has received the last few days, but yet he’s the most deserving person of the honors that have been paid to him,” Krmpotich said.

Beck leaves behind a wife and three children. Many of the officers in today’s procession know what it’s like to wear the badge, while at the same time, raise a family.

“What’s extra special to us is today is Fathers’ Day, and a lot of us are fathers in this procession, and to be able to deliver officer Beck back to his son, two daughters and his wife is just overwhelming to us,” Fuhr said. 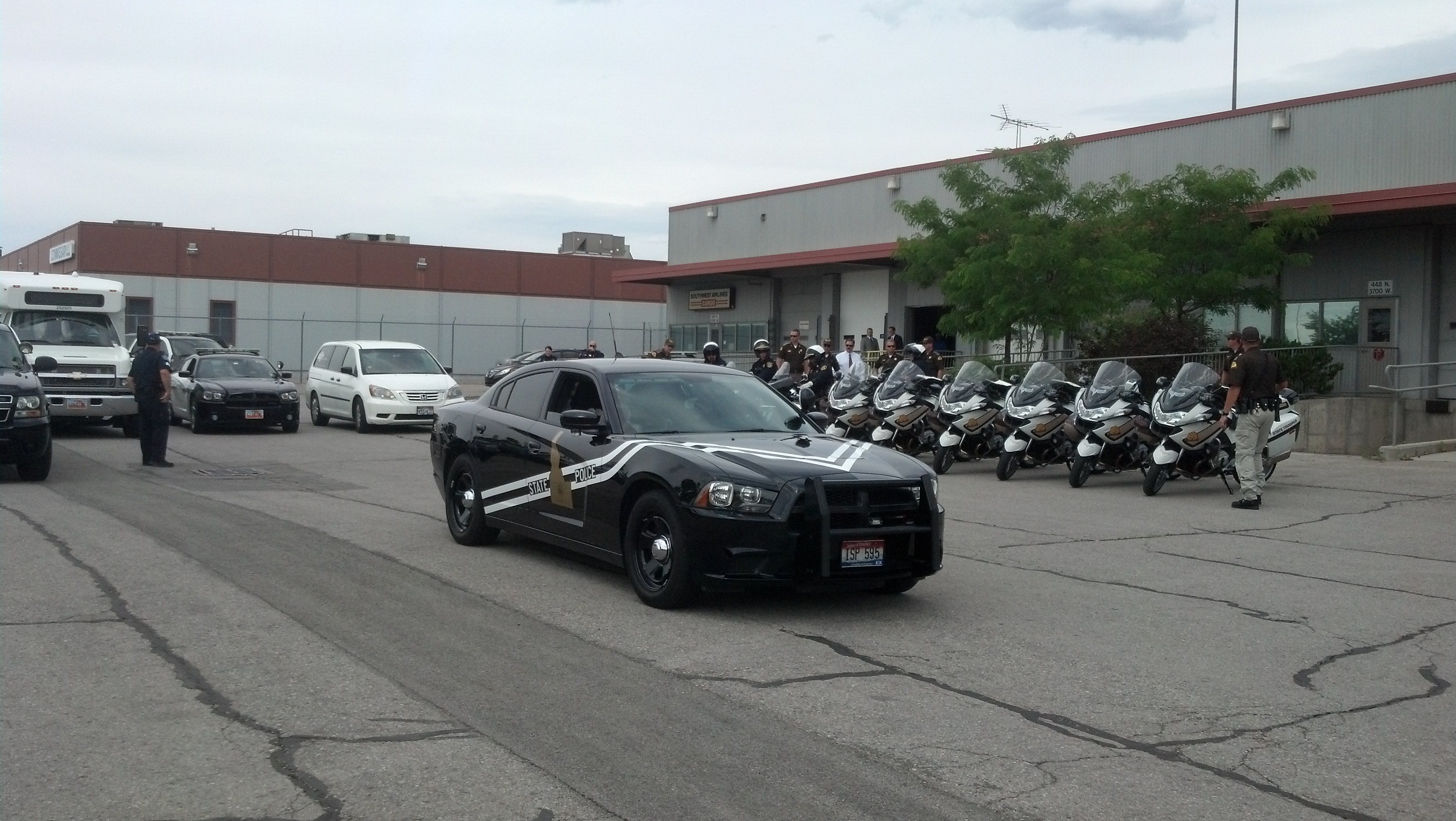