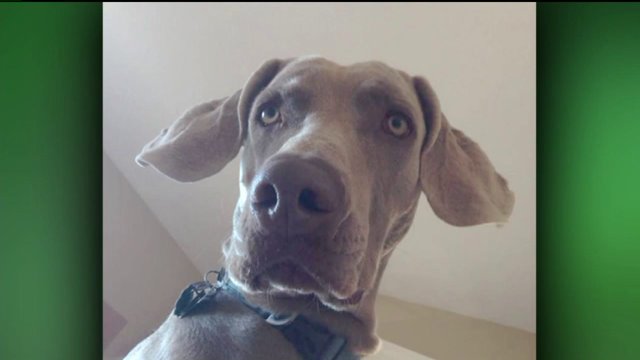 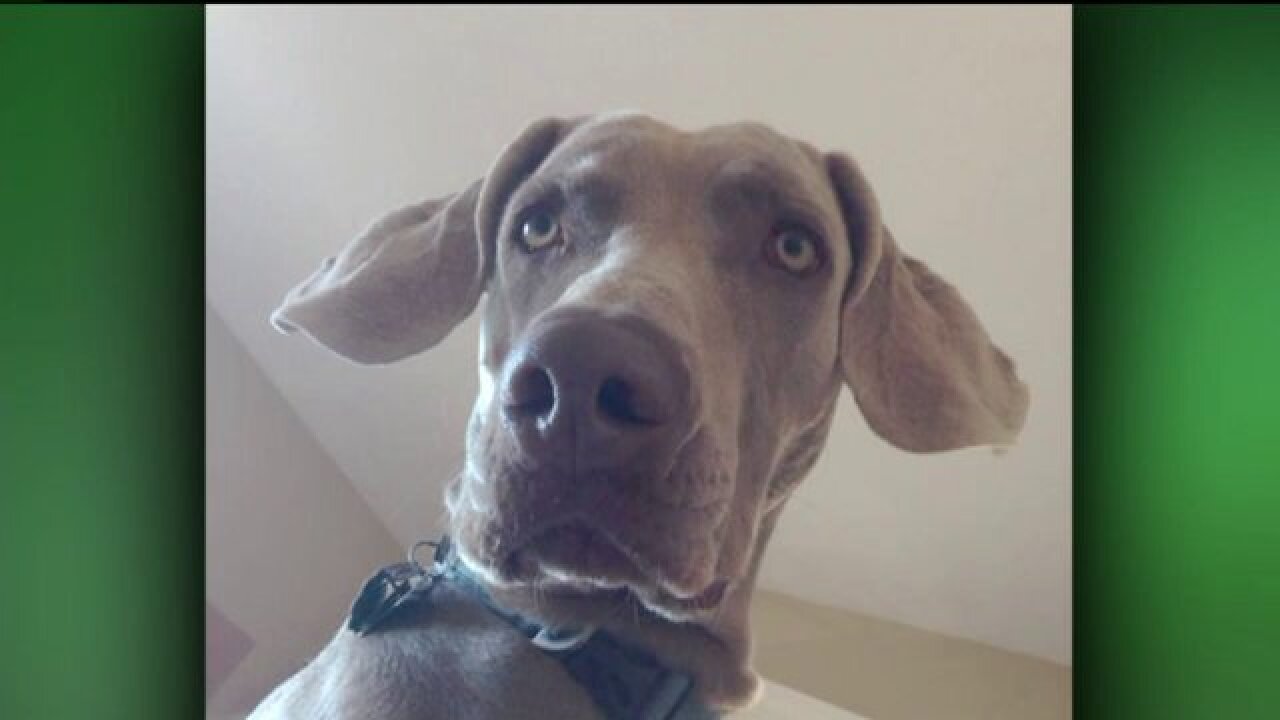 SALT LAKE CITY -- The backyard of 2465 South 1500 East in Salt Lake City was quieter than usual on Thursday, with its most popular resident noticeably absent.

“He was kind of all I had,” Sean Kendall said.

When Kendall returned home from work on Wednesday, he found his 2-year-old Weimaraner, Geist, dead in the yard with a bullet in his head.

“To me, he wasn’t just some animal,” Kendall said. “He was my best friend. He was kind of like a child. I went through raising him, training him.”

Kendall and his roommate are still waiting for an explanation from the person who killed the dog, a Salt Lake City Police Officer.

“I can understand in an emergency situation, entering, but wouldn’t you enter with some caution? And shouldn’t shooting be a last resort?” said Haley Bowen, who owns the property.

According to police, the officers were in the area going door-to-door while searching for a missing 3-year-old boy. Because the child had difficulty communicating, authorities were concerned he would not respond if they called out to him.

When no one answered the door at Kendall’s home, the officer felt he should still check the yard, which is where he ran into the dog. In the brief encounter, the officer reported he felt threatened by the animal, so he shot him.

“Something like this is hard for everyone involved. One minute you're out looking for a 3 year old, and the next minute you find yourself in this situation where you've shot somebody's dog. And now we need to investigate that and make sure everything was done right,” said Sgt. Robin Heiden of the Salt Lake City Police Department.

Internal Affairs is investigating the incident, but local attorney Robert Sykes believes it’s obvious the officer was out of line.

“Going into the backyard, a fenced backyard, it’s like walking in someone’s home without a warrant: It’s illegal, it’s a violation of the Fourth Amendment rights,” he said.

In his view, the officer should be charged with trespassing, as there was no reason to believe the missing child was in the home.

“If they saw the kid go in, yeah,” Sykes said. “But you see, if that were OK, that there’s a kid’s missing, why couldn’t they go in everybody’s home on the block? Why couldn’t they actually open the door and go in? I think very few people would say that’s OK.”

Kendall has the same questions.

"My dog has never lunged or attacked anybody,” Kendall said. “And besides the fact of what my dog did or did not do, why was the officer in my backyard? Why didn’t he identify himself, announce his presence? Why didn't he knock on the gate?”

The missing 3 year old was later found inside his own home, hiding.

Salt Lake City Police have been in contact with the Humane Society to discuss the best ways to approach animals on the job, and they’re also considering providing special training in the future.

Kendall said a member of the community approached him about creating a Facebook page called "Justice for Geist" to advocate for changes to the way police are trained to deal with animals and to offer support. Kendall consented, click here to visit the page.