SPANISH FORK, Utah – Utah Highway Patrol troopers responded to a crash involving a truck that was carrying 78 head of cattle Friday, and traffic was slowed in the area as a result.

According to information from the Utah Highway Patrol, a semi-trailer was traveling southbound on I-15 near mile marker 257 when it began to move east toward Highway 6 and rolled. The crash occurred at about 3:30 p.m.

UHP officials stated that the vehicle "appears to have been traveling faster than 30 mph posted cautionary speed limit."

Sgt. David Rumfield of the Utah Highway Patrol was in the area on an unrelated call and witnessed the incident.

He said the truck was: "going, by my estimate about 40, 45 miles per hour, as it rounds the corner. At that point in time I was thinking that we're going to have a problem...As he rounds the corner he rolled over onto its side right in front of me."

Dash camera footage is available below.

Rumfield said the driver of the truck was not injured and that no other vehicles were involved in the crash. He said at least three of the animals were killed. Officials said some of the other animals were injured, but it wasn’t clear how many or to what extent. The cattle were loaded into another vehicle and relocated. Officials said they did not know where the driver was taking the cattle.

One lane of the I-15 ramp to eastbound Highway 6 remained open as crews worked to remove the cattle, though it was blocked off temporarily as crews brought in another cattle truck. Utah Department of Transportation Officials stated on their website that westbound Highway 6 to southbound I-15 was closed and motorists should use alternate routes, but the closure was later lifted.

Officials said the driver of the semi-trailer will be cited by UHP for speeding and may face other citations from commercial vehicle inspectors. 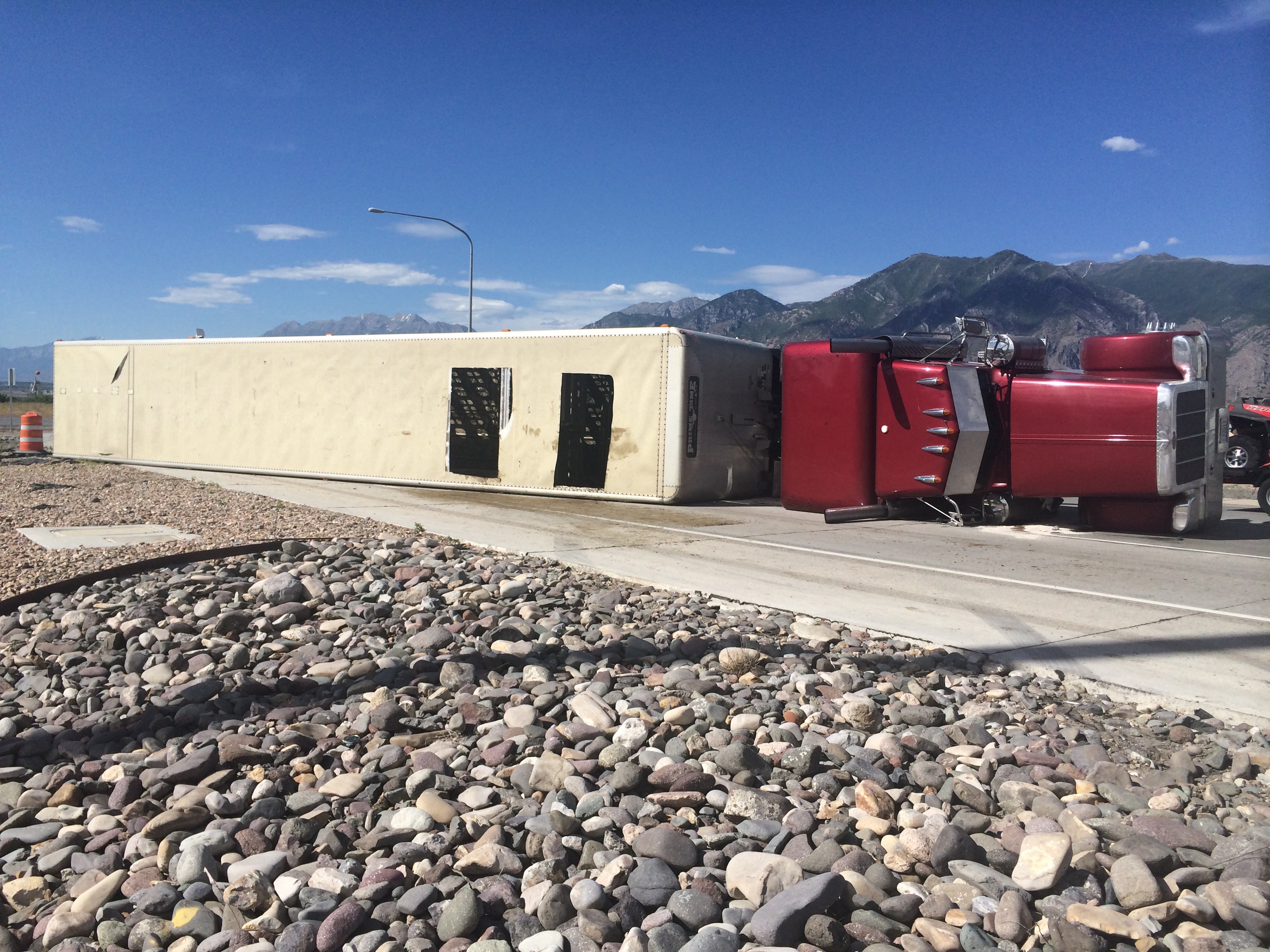