OGDEN, Utah - There have been two fires in a one-week span at an Ogden apartment complex.

The fires took place at the Gate at Canyon Ridge. The first was on Sunday and the second occurred Wednesday morning. The Ogden Fire Department said they were both caused by people being careless with cigarettes.

However, residents said it’s the owners that have been careless. Neither apartment building had fire blocking, which is meant to help deter the flames from spreading.

“Fire blocking is part of the code, the building code, but what you have to remember is that this building, like many other buildings, was built to the code at the time of construction, so at that time when this was built fire blocking was not required,” said Deputy Fire Chief Eric Bauman.

Canyon Ridge has had their issues with fire. In 1994 and 2005, residents were also displaced after fire destroyed multiple units. Both of these cases led to lawsuits claiming that Canyon Ridge failed to warn residents that the buildings did not contain fire blocking. According to the residents’ lawyer, James Hasenyager, both cases were settled outside of court.

“We knew nothing of the history of these apartments,” said resident John Montgomery. “We did know that they were older apartments, but we kind of figured they were up to code and would have to stay up to code in order to lease to us.”

Montgomery said he’s trying to raise a family and wants to know every detail about the place their living in. He said he’s contemplating moving.

FOX 13 News received a statement from the apartment spokesperson, Amanda Butterfield. “The current owners purchased the property in 2012. The owners have since worked with the city, fire and other related agencies to ensure the property is compliant with applicable health and safety requirements.”

Resident Holly Chase said after two fires in one week, she thinks there is only one safe solution.

“I think the right thing to do would probably be to condemn these places completely,” Chase said.

In all, 50 apartments were destroyed or damaged this week, displacing dozens of residents. 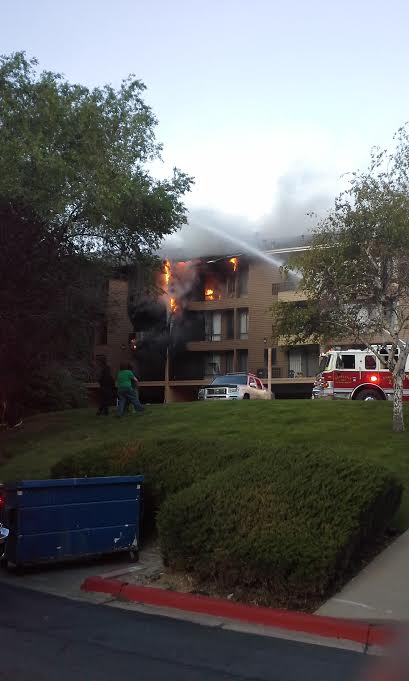