SANDY, Utah -- A mountain lion was spotted at the Jordan Commons Friday morning.

Many witnesses caught the large cat on cell phone video before officials from the Utah Division of Wildlife Resources captured the wild animal.

Josh Pratt and his coworkers were able to watch the massive mountain lion from a safe vantage point in their office on the ground floor of the Jordan Commons office towers.

“There were about 15 of us gathered there. We looked out the window and watched it for about 10-15 minutes or so and finally it started slowly poking kind of poking its head up, so I got my phone out, snapped a little bit of video," said Pratt.

A video recording Pratt made shows the moment when officers fired a shot toward the mountain lion.

TRAX trains were halted as DWR officials came out to sedate the puma and load her into a truck headed for central Utah, where she was released back into the wild. 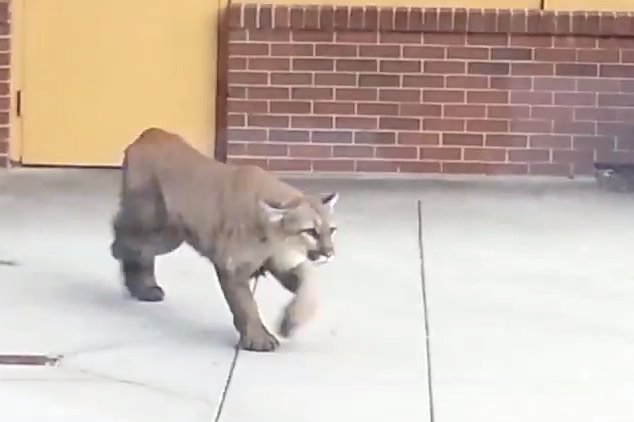