SALT LAKE CITY -- Hundreds of people from all over the state gathered in front of the Salt Lake City Police Department Saturday, demanding justice for “Geist.”

Geist was the dog shot to death by a Salt Lake City police officer last week during a search for a missing child.

Protesters at the rally said all they want is accountability from the officer who shot the dog.

"We want to make sure this doesn't happen again, we just want it to be fixed," said Sara Bair, who attended the rally.

Sean Kendall, Geist's owner,  isn’t happy with the way things are being handled.

Police didn’t speak at the rally, but protesters had a lot to say about comments made Friday by Salt Lake City Police Chief Chris Burbank.

“In this particular circumstance, evidence shows that the dog was extremely close, in fact within feet of the officer. After 23 years in law enforcement I haven't seen this type of public outcry when certain human beings have lost their lives,” Burbank said in the news conference.

Officer Olsen, who shot and killed Geist, remains on duty and two investigations into the incident are underway.

Internal affairs and an independent civilian review board are both looking into the case. 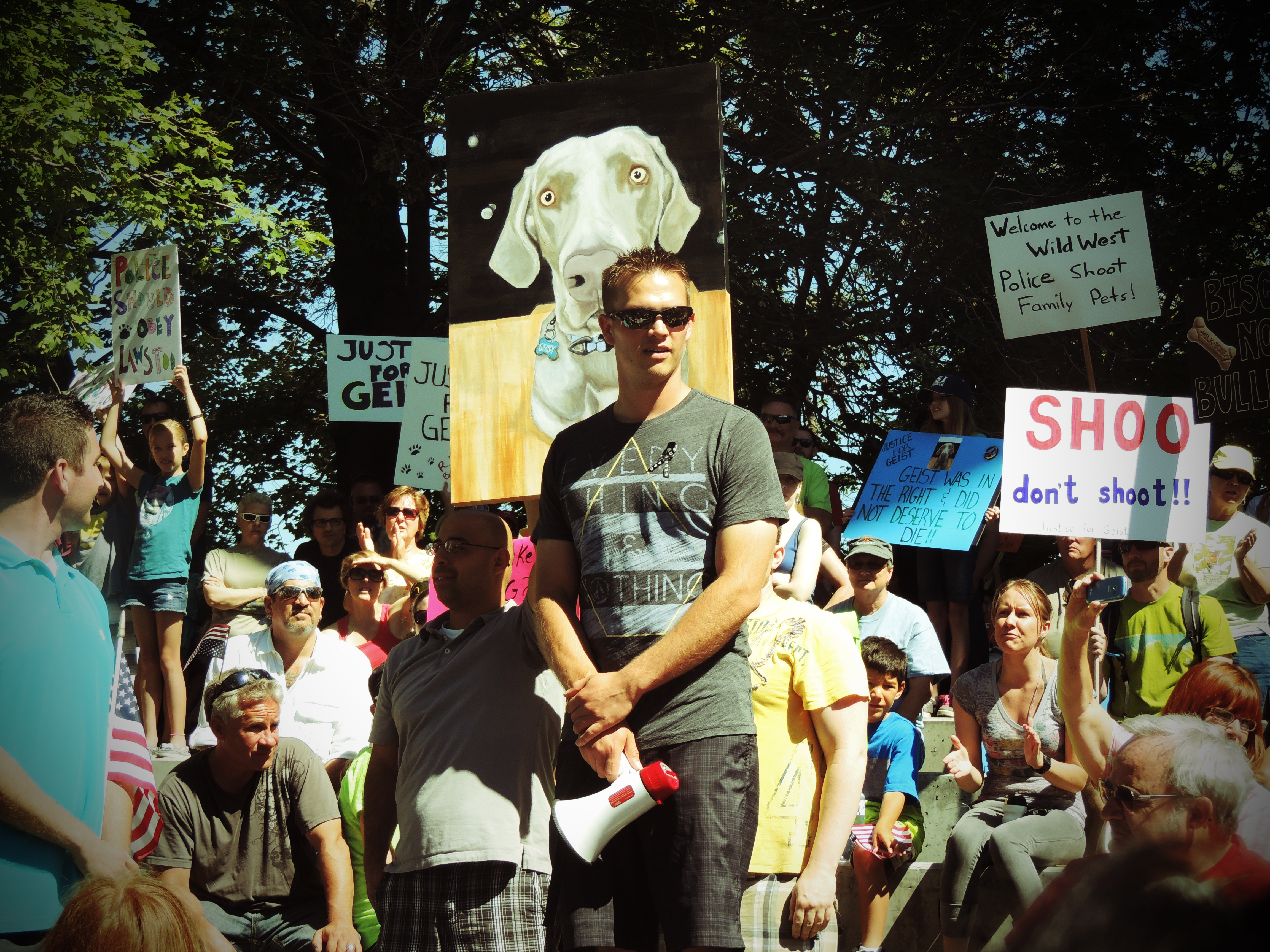