Fire burning on about 3,000 acres near Vernal now about 75 percent contained 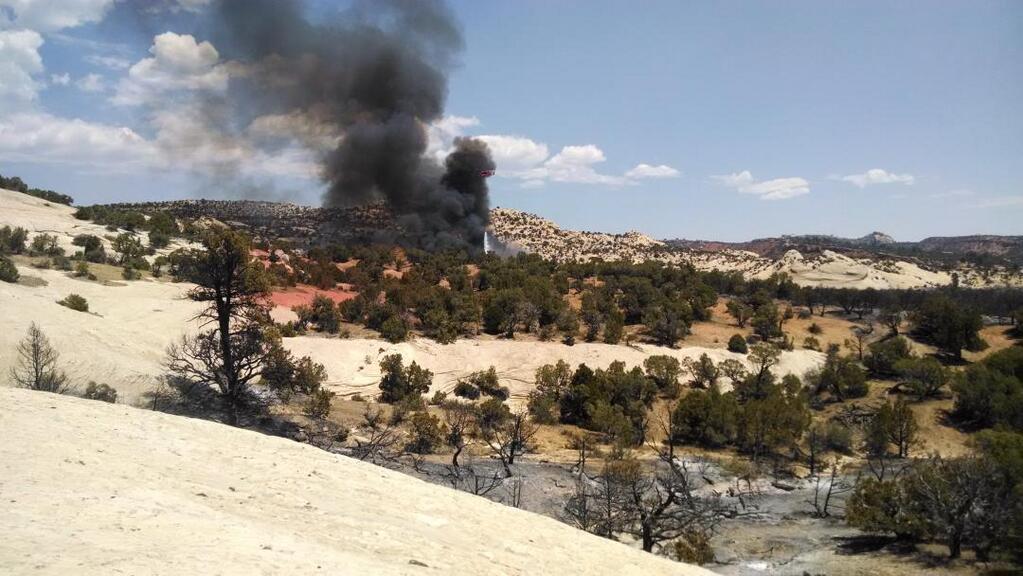 UPDATE: Officials said Wednesday the fire is about 75 percent contained, and State Park Officials said Steinaker State Park is expected to reopen Wednesday. Though the fire was reported to be on 3,569 acres over the weekend, the latest information puts that number at 3,126 acres.

VERNAL, Utah – A wildfire burning 10 miles north of Vernal has grown since Saturday to consume more than 3,500 acres, and officials said Sunday the fire is 5 percent contained.

The fire was initially reported to be on 700 acres but has grown in size, and officials said between 150 and 250 people were evacuated Saturday from Steinaker State Park. On Sunday, officials sated the evacuations had been lifted.

Fire officials stated Sunday the fire had burned 3,569 acres and has consumed three structures and impacted several outbuildings. Kelsey Birchell, Bureau of Land Management, said the fire has caused two adults to be displaced. Taylor Mountain Road and Steinaker State Park are limited to through traffic.

Officials with Utah State Parks said Steinaker State Park was cleared of visitors and park personnel Sauturday. They said at one point park rangers were reporting flames as high as 20 feet near a maintenance building.

A Type 3 Incident Management Team has been on scene since about 7 a.m. Sunday.

FOX 13 News will have more details as they become available.