TOOELE COUNTY, Utah – Police officials were requesting the public’s help in identifying the victims in a crash that left three people dead and two others with critical injuries Friday evening, but by Saturday evening officials said the victims had been identified.

Utah Highway Patrol officials tweeted that "UHP has been able to identify the victims of last night's crash on I80. We no longer need people to call in."

The accident occurred around 7 p.m. on I-80 near Wendover Friday night, and officials said a man driving a truck changed directions on the interstate several times before driving the wrong way into traffic and colliding with an SUV.

Officials said Saturday the driver of that truck is Paul Michael Mumford of West Jordan. Lt. Cory Nye of the Utah Highway Patrol initially said they needed the public’s help identifying the victims who were riding in the SUV.

“We need the help of those individuals out there in recognizing and identifying, whether it be family members or friends or a neighbor, that can recognize this blue, 2007 Chevy Suburban and please give us a call and help us to be able to bring closure to these family members,” Nye said.

The driver of the SUV is currently in a medically induced coma. Officials identified that man Saturday as 36-year-old Jose F. Adame-Orozco. Delphine John, 44, was killed in the crash, as were 3-year-old Anaya Orozco and 18-year-old Deliah Ramirez. Anaya is the daughter of Adame-Orozco and Delphine John, and Deliah is Delphine John's daughter from a previous relationship, according to a press release from the Utah Highway Patrol. The release stated the victims are from Farmington.

Police officials said they did locate an identification card in the SUV that was issued in Mexico, but they said the condition of the victims is such that positive identification could not be made using the ID card alone, which is why they initially sought the public's help.

Officials said the individuals in the SUV were either not wearing a seat belt or were not restrained properly.

Police said Friday the driver of the truck that struck the SUV may have been intoxicated.

“We suspect at this point that alcohol and/or drugs might be a factor in this particular collision,” Nye said. 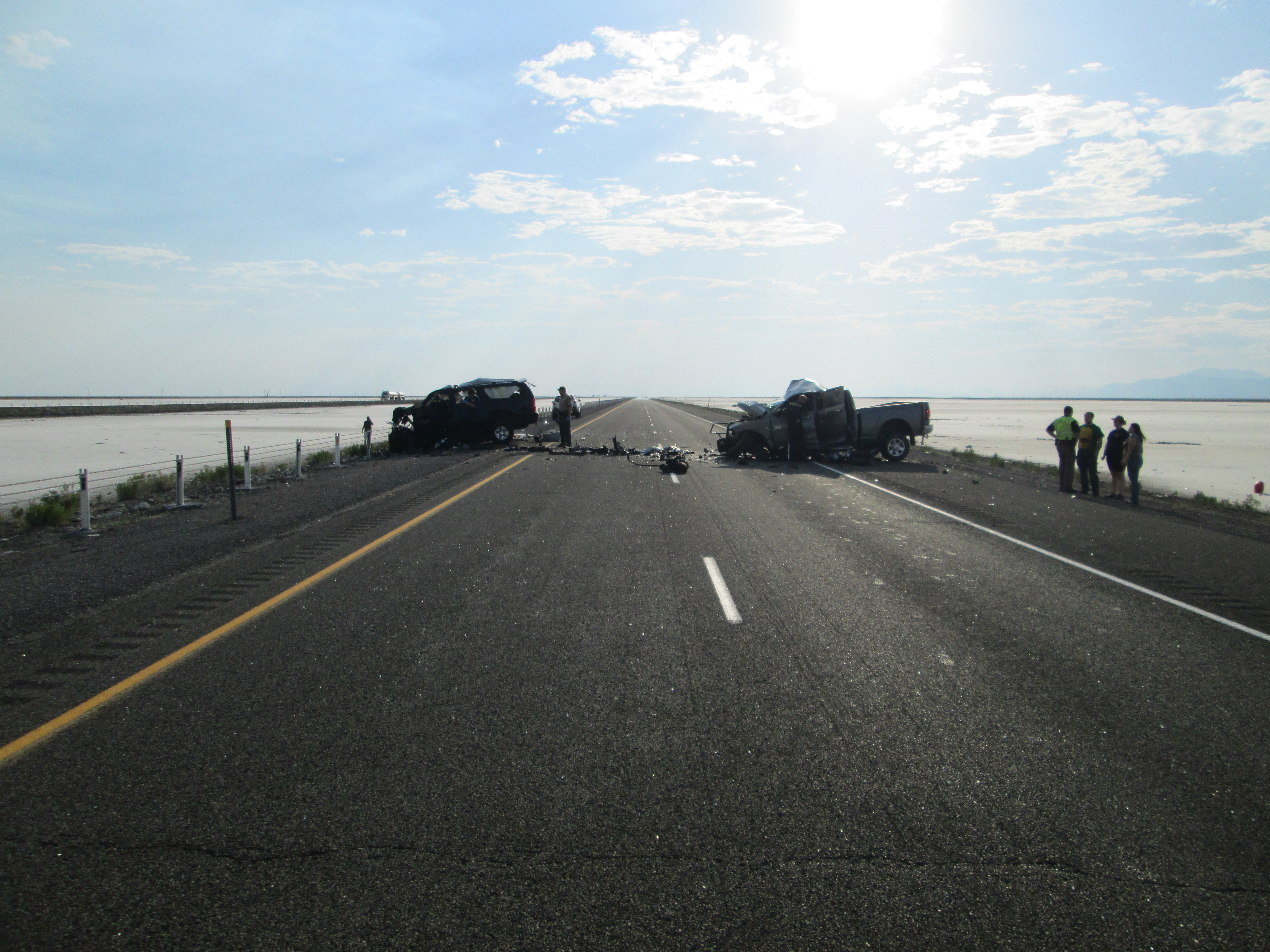