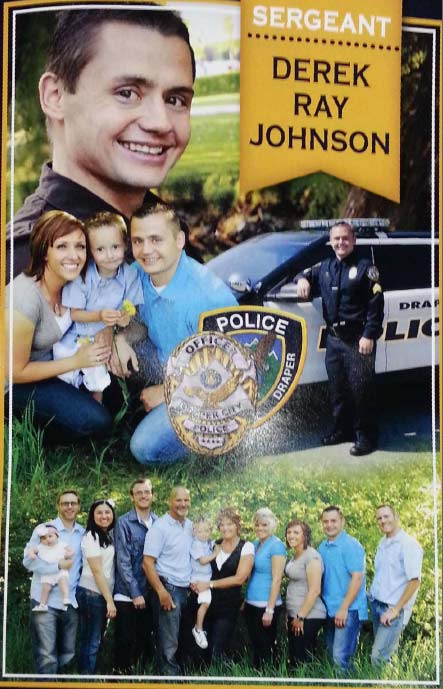 WEST JORDAN, Utah – The man accused of murdering a Draper officer has just pleaded guilty and is asking for immediate sentencing.

The judge told 35-year-old Timothy Troy Walker he will likely spend the rest of his life in prison.

Police said Walker also shot 34-year-old Traci Vaillancourt and then turned the gun on himself around the same time he allegedly opened fire on Johnson.

Officials said Walker and Vaillencourt were homeless, living out of a vehicle.

Johnson spotted the couple’s silver Volvo parked in an odd manner and police said Walker opened fire before Johnson could even get out of the vehicle.

However, the motive for the shooting remains a mystery.

“Sgt. Johnson was on routine patrol and was essentially gunned down in the seat of his patrol car,” Unified Sheriff Jim Winder said.

Vaillencourt has a felony theft conviction from 2004.

Walker has been busted for drug possession and had a warrant out for his arrest at the time of the shooting for failing to appear in court.

Vaillancourt is facing two counts of obstruction of justice for giving police different accounts of the incident.

Walker has officially been charged with criminal homicide, aggravated murder and attempted homicide.