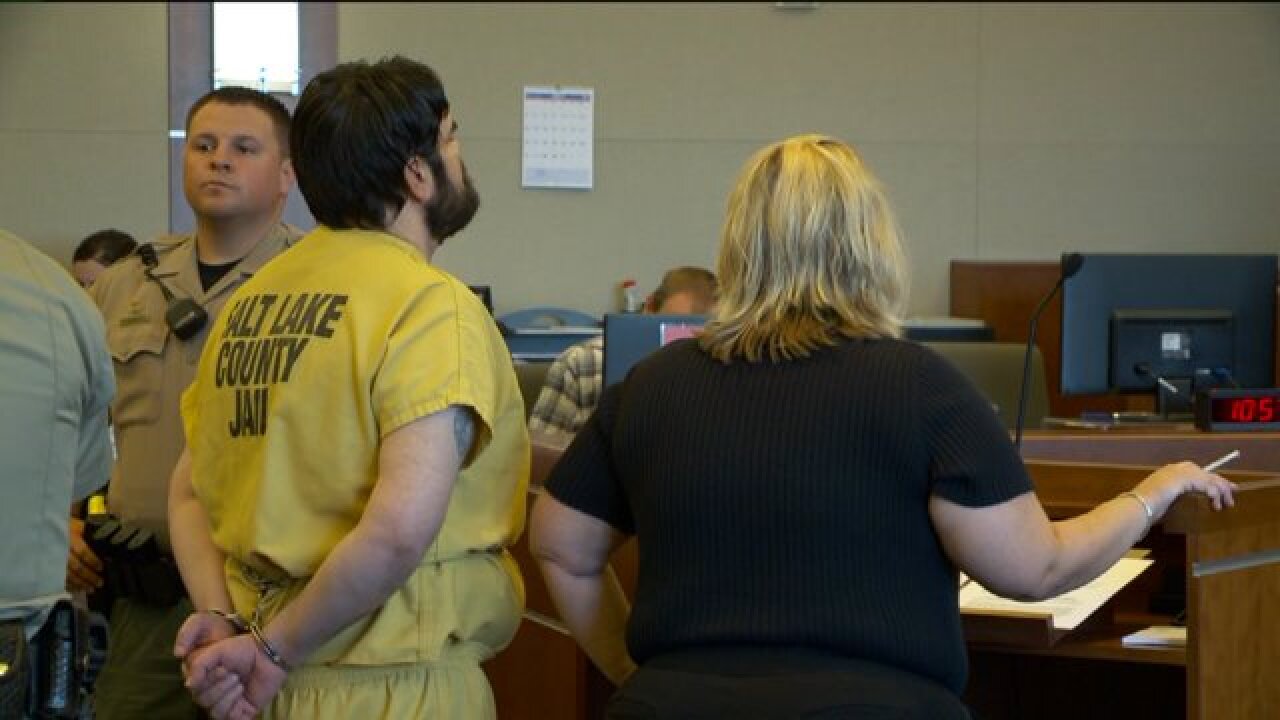 DRAPER, Utah -- The man who shot and killed a Draper Police sergeant last year opened up for the first time since the deadly ambush.

Walker was spared the death penalty, but only in exchange for his guilty plea. He offered a tearful apology in court Tuesday, but that didn't make it any easier for Johnson's family.

"Derek was 32 years old and leaves behind a wife and his 7-year-old boy. Such a tragic and selfish act that continually robs us of Derek's companionship, laughter and many memories. And his son will never know the great man his father Derek was, to which, you Troy Walker, are solely responsible for," said Laura Johnson, Sgt. Johnson's mother.

Sgt. Johnson's family, close friends and fellow officers packed the courtroom in solidarity. The man who took him away was in the same room.

"There are no excuses for my conduct.  While I would gladly trade my life for Officer Johnson's there is nothing I can do to bring him back to his community or his family," Walker said.

With hands shackled behind his back, Walker pleaded guilty to aggravated murder. It was Sept. 1, 2013. Sgt. Johnson was getting ready to head home when he spotted a parked car. He stopped to ask if the driver needed help. That's when Walker opened fire.

"I could never express in words the sorrow I feel every day for my conduct and will attempt to show everyone involved that I can be a better man by the way I live my life incarcerated every day," said Walker whose plea deal spared him the death penalty.

The judge sentenced him to spend the rest of his living days in prison, making sure Walker would never be a free man again.

"We knew that taking the death penalty off the table, we knew we were going to get the resolution and bring this to a closure and it was a closure the family deserves and wanted," said Salt Lake County District Attorney Sim Gill.

"This has really been all about Derek's life and the life that he lived. He loved police work, he loved what he did, and this was why he did what he did, was to make sure the streets are a safer place, and today the streets are safer, because the man who shot Derek is now off of the streets and he can't harm anyone else," said Randy Johnson, Sgt. Johnson's father.

Walker's alleged accomplice, Traci Vaillancourt is still in the Salt Lake County Jail. She's in drug treatment and still faces second-degree felony charges of obstruction of justice for allegedly lying about the case. Her next hearing is scheduled for July 15.