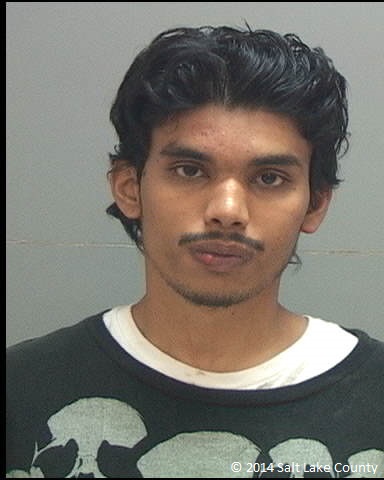 At approximately 7:30 p.m., Unified Police were called to Taylorsville Park, 4750 S. Redwood Road, on a report of a fight.

When authorities arrived they said several people ran from the scene.

It was later discovered at least three individuals had instigated a fight with two victims.

Police say a 22-year-old man saw the confrontation at the park and went to see what was happening.

As a result he was stabbed in the stomach.

Police say one of the victims in the fight was punched with brass knuckles and the other was threatened with a knife.

“The victim that got stabbed was not involved originally with the initial fight,” Unified Police Lt. Justin Hoyal said. “He was running over to see what was going on and ultimately got stabbed.”

Police say the primary suspect was caught soon after the fight at an Arctic Circle down the road from the park.

The suspect, 20-year-old Abishek Kumar, was booked into the Salt Lake County Jail on three counts of aggravated assault.

Two other suspects, both 20 years old, were booked into jail.