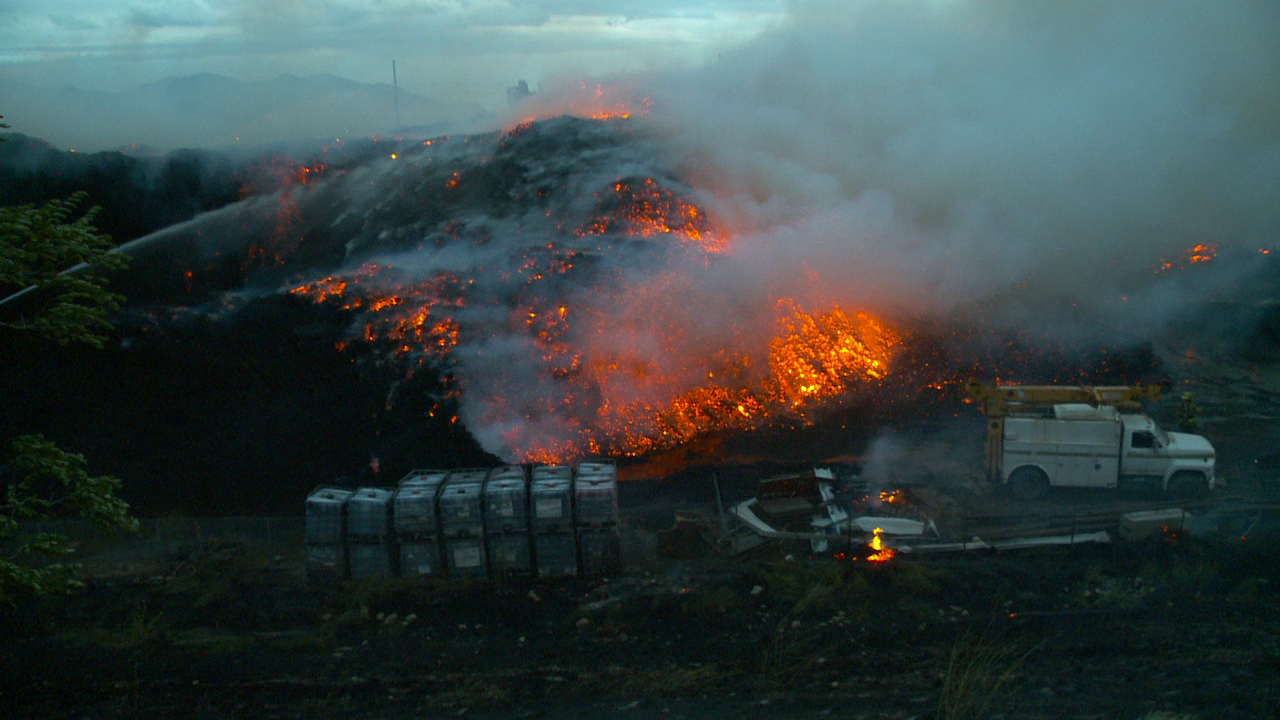 SOUTH SALT LAKE, Utah — I-15 was shut down for some time and nearby businesses evacuated after a fire broke out in a large mulch pile in South Salt Lake this week. FOX 13 News had crews in the vicinity just as the heavy flames and smoke began to billow above the facility, and we’ve collected some of the most compelling images of the fire in the photo gallery above. See the links to the articles below for more information on the fire and the aftermath.