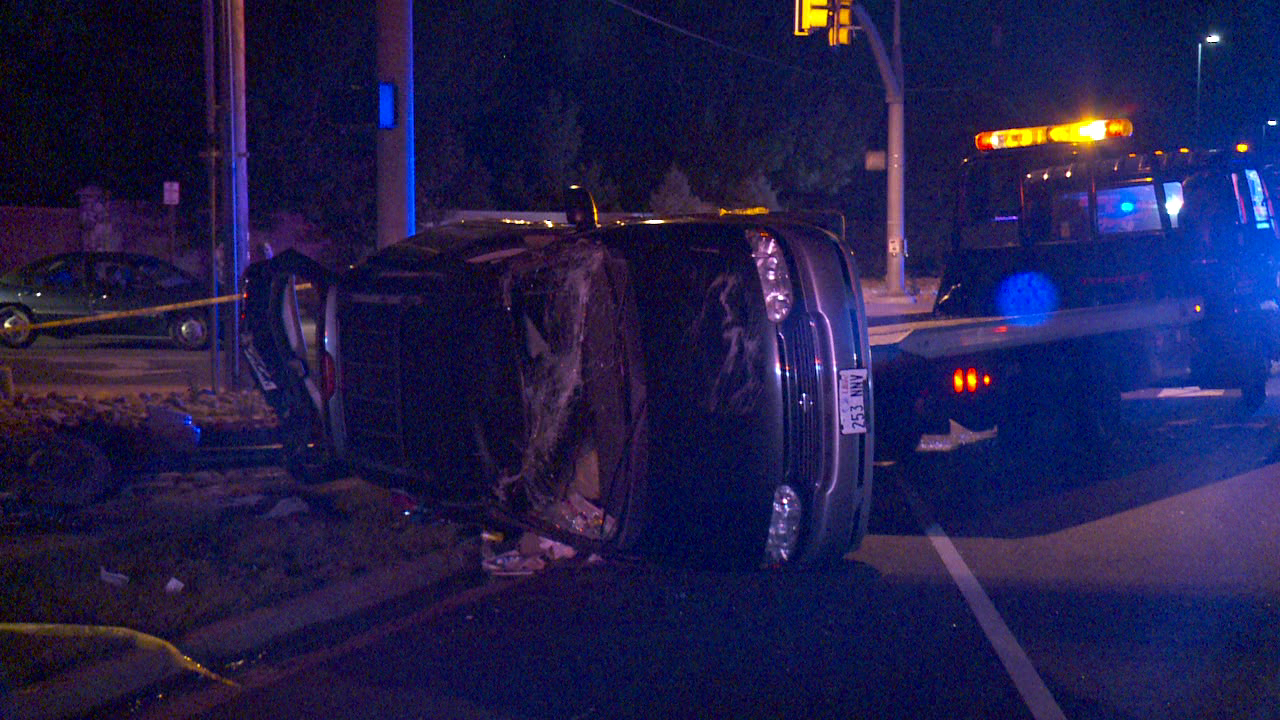 WEST JORDAN, Utah — It could have been a grisly seen on Grizzly Way near Bingham Highway in West Jordan Saturday night if the occupants of the vehicles in a 2-car crash that left one vehicle on its roof had not been wearing seat belts.

Police officials said a westbound car was attempting to turn left when an eastbound vehicle failed to yield the right of way; when the cars collided the first car rolled, sheered off of a power pole and landed on its roof.

Sgt. Mitch Soper of the West Jordan Police Department said there were multiple occupants in each of the two vehicles but did not provide a specific number. He said seat belts likely played a role in the outcome of the crash.

“No injuries… Yeah, absolutely, had they not being wearing seat belts it could have been much worse, especially with a rollover,” he said.

The traffic signal at the intersection was out for some time as a result of the car hitting the power pole, but Soper said the outage didn’t extend to the power service of the customers’ nearby.

Soper said he wasn’t aware of any citations at this point in connection with the crash.

Officials are working on a Zero Fatalities campaign aimed at promoting safety and ending deadly accidents on Utah’s roadways. Click here to visit their website for safety tips and other information, and click here for more of FOX 13 News’ coverage of the campaign.