LOGAN, Utah -- Police have identified three people who died in what they believe is a double murder-suicide near the campus of Utah State University.

Officers were called just after midnight Monday to an apartment near 600 East and 500 North. There, they found the bodies of 19-year-old MacKenzie Madden and 25-year-old Johnathon Jacob Sadler. The two had been shot to death, Logan Police Lt. Rod Peterson told reporters.

"The female victim is acquainted with the individual that we believe to be the shooter," he said. " What their relationship was, I really don't know."

About 45 minutes later, police responded to an apartment complex near 1600 North and 500 West, where they found the body of 23-year-old Jared Tolman. He died from what appeared to be a self-inflicted gunshot wound, police said.

Neighbors in the student housing near the campus were stunned.

"I heard some loud bangs. I was wondering what was going on so i sat up and heard a car screech away," said Derek Fischer.

Ammon Neff told FOX 13 he heard what sounded like fireworks early in the morning.

"It probably happened six times. Really fast, and then it was quiet after that," he said.

Police on Monday were trying to figure out a motive for the apparent double murder-suicide. Peterson said it appeared Tolman and Madden had been exchanging text messages prior to the shooting.

"We believe he had been sending some text messages to the female victim," he said. "He (Tolman) responded here and it appears that he kicked in the door and opened fire on the male and the female in the dorm."

Outside Madden's apartment on Monday afternoon, two women placed flowers at the door and wiped away tears. They declined to identify themselves, saying they did not wish to speak to the news media.

The families of Madden and Sadler did not wish to speak to the news media about the shooting, Logan Police Lt. Brad Franke told FOX 13.

Madden interned at the Logan Police Department for a few months in the fall of 2013.

Officers said she was a researcher on active-shooter situations and police responses to them.

"We're shocked and saddened," Franke said. "All of us who worked with her were glad to have known her."

Utah State University said she was a sociology major with a minor in criminal justice.

She was to graduate in 2015. Her LinkedIn profile states she was also a cashier at Walmart and went to Hillcrest High School.

Tolman was also a student at Utah State University, officials at the school confirmed. His Facebook page said he was a native of Spokane, Wash.

The Utah National Guard confirmed he was a specialist with the organization, but had never been deployed. 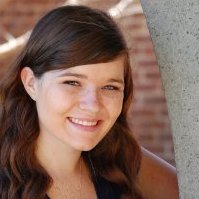