Both Swallow and Shurtleff were arrested at their homes, Salt Lake County District Attorney Sim Gill said at a news conference Tuesday morning.

They were booked into the Salt Lake County Jail.

"We have filed what we think are appropriate and minimal charges," Gill said. "Certainly, I'm not going to go into details, we could have filed more."

Bail was set at $250,000 but Gill said they had agreed to allow the former attorneys general to be booked and released without posting bond.

Both men walked out of the jail before a throng of TV cameras.

"I absolutely maintain my innocence and this is just the process," said Swallow.

At a news conference Tuesday afternoon at his lawyer's office, Shurtleff blasted the prosecution as "politically motivated" by Gill.

"He knows he can't prove these things beyond a reasonable doubt," Shurtleff said, insisting he would be cleared.

Swallow is charged with 13 counts:

Shurtleff is charged with 10 counts:

The men could be facing one to 15 years in prison for each of the felony charges, if convicted. 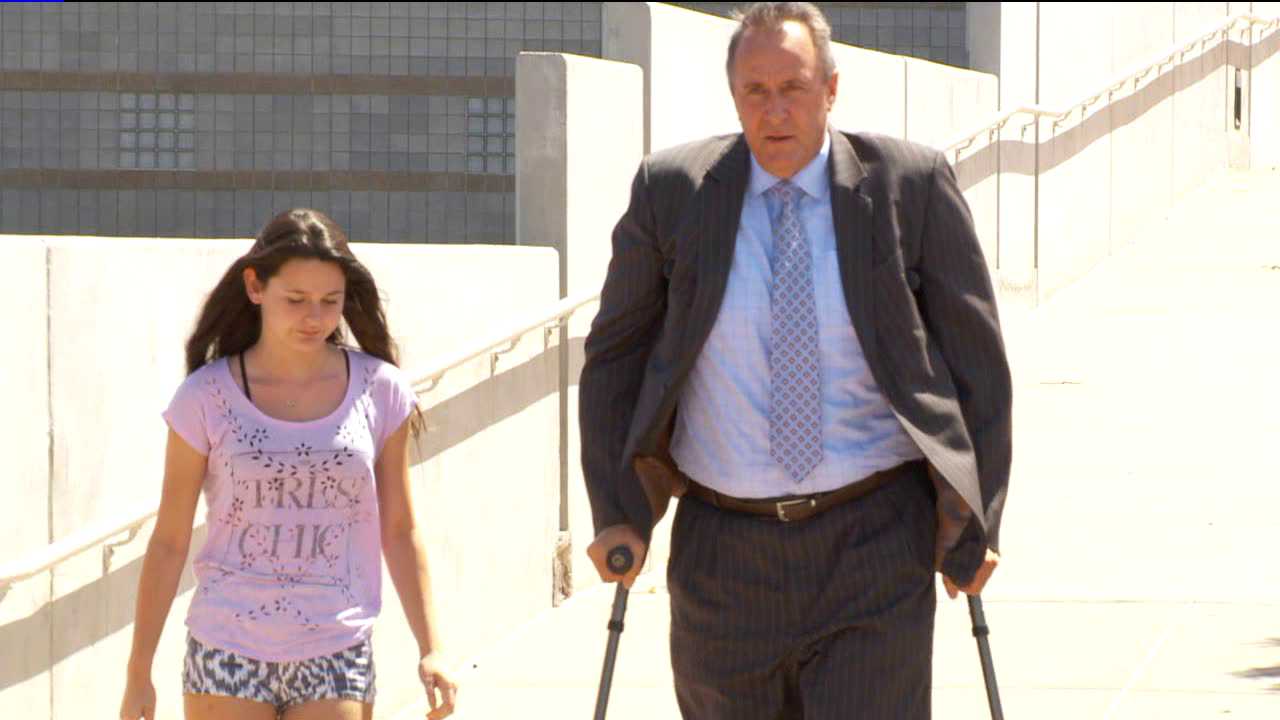 Swallow hired a high-profile criminal defense attorney to represent him in ongoing investigations. Stephen McCaughey confirmed to FOX 13 last week he had been retained to represent Swallow. Shurtleff is represented by Max Wheeler, who secured an acquittal for one of the defendants in the Olympic bribery trial.

The charges are the result of a criminal probe by the Salt Lake and Davis County attorneys. The U.S. Department of Justice declined to pursue a case against Swallow, but the FBI and the Utah Department of Public Safety worked with the county prosecutors.

The prosecutors recently ordered the FBI and DPS to serve search warrants on Swallow’s home, as well as that of his predecessor, Shurtleff.

Reports prepared by a House Special Investigative Committee and warrants reveal he is under investigation for allegations of official misconduct, bribery, obstruction of justice, evidence and witness tampering.

MORE: Get the complete details on allegations and the investigation here

In March a special committee set up to investigate Swallow finished its work and made public a massive report on alleged misdeeds.

“I think if we had not done this, this type of regime or program would have continued on to the detriment of Utah,” he told reporters when it was released. “The attorney general’s office is the highest law enforcement office in the state and people have to feel like everyone is treated fairly and equally. There are no nods or no special favors given.”

Swallow resigned after another investigation into alleged misconduct.