Fire that evacuated Tooele Co. was intentional, police have suspect in custody

STOCKTON, Utah - Authorities said a fire that evacuated part of Tooele County was intentionally set and they have a suspect in custody.

Firefighters said the blaze destroyed three structures but they were not homes.

Among the structures damaged was the town's water tank, which prompted officials to warn residents against using the city's water, either for themselves or for their pets and livestock.

Stockton Mayor Mark Whitney said they are working to rectify the issue.

"We'll isolate the tank," he said. "We'll start sampling and flushing the town's fire hydrants and the town's drinking water system and taking a barrage of samples and testing the water."

A posting on Tooele County Health Department's website stated: "Due to the fire all Stockton Residents are being  advised DO NOT drink the culinary water until further notice. More information will be posted as soon as it is available."

Click here for the most up to date information on the water situation from the health department's website.

Officials told FOX 13 News' Annie Cutler that residents should not drink any of the city's water.

They said residents shouldn't worry about boiling the water but rather shouldn't drink or use it at all, and neither should pets or livestock.

Officials stated that water buffaloes (a type of mobile water storage) with fresh water will be stationed at the LDS Church in Stockton and the Stockton Town Hall.

They said once those water buffaloes are in place residents will need to bring their own containers to those sites to be filled.

Officials said more than two dozen residents have been displaced.

Among them is Nicole Barnes.

"Yeah they're evacuating us, there's cops outside, they're there with their sirens, they're telling everybody to get out right now," she told FOX 13 News Wednesday afternoon.

The Red Cross has set up a shelter at a church building owned by The Church of Jesus Christ of Latter-day Saints located at 253 S. 200 E. in Tooele, across from the cemetery, for those affected by the evacuation. 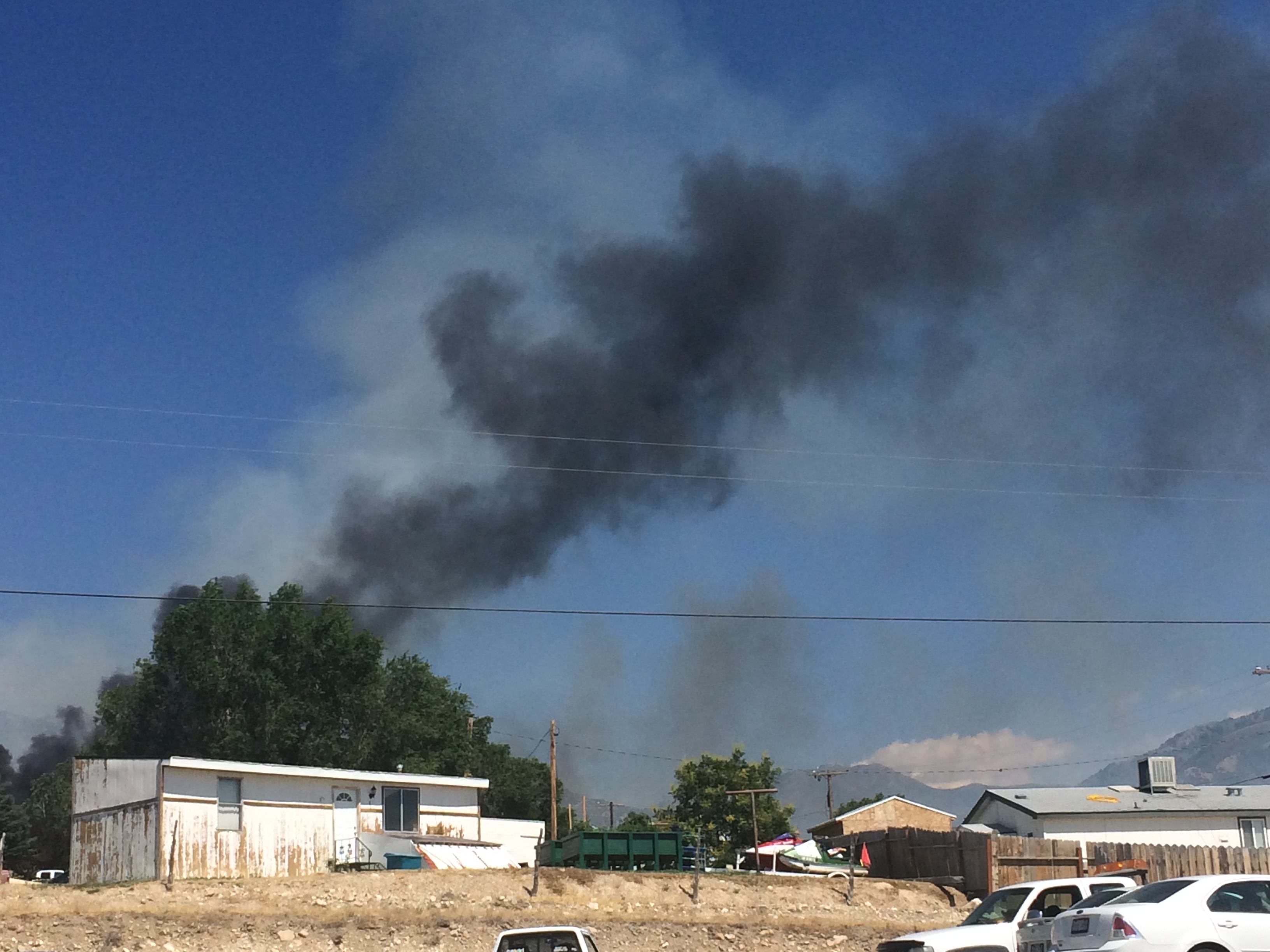