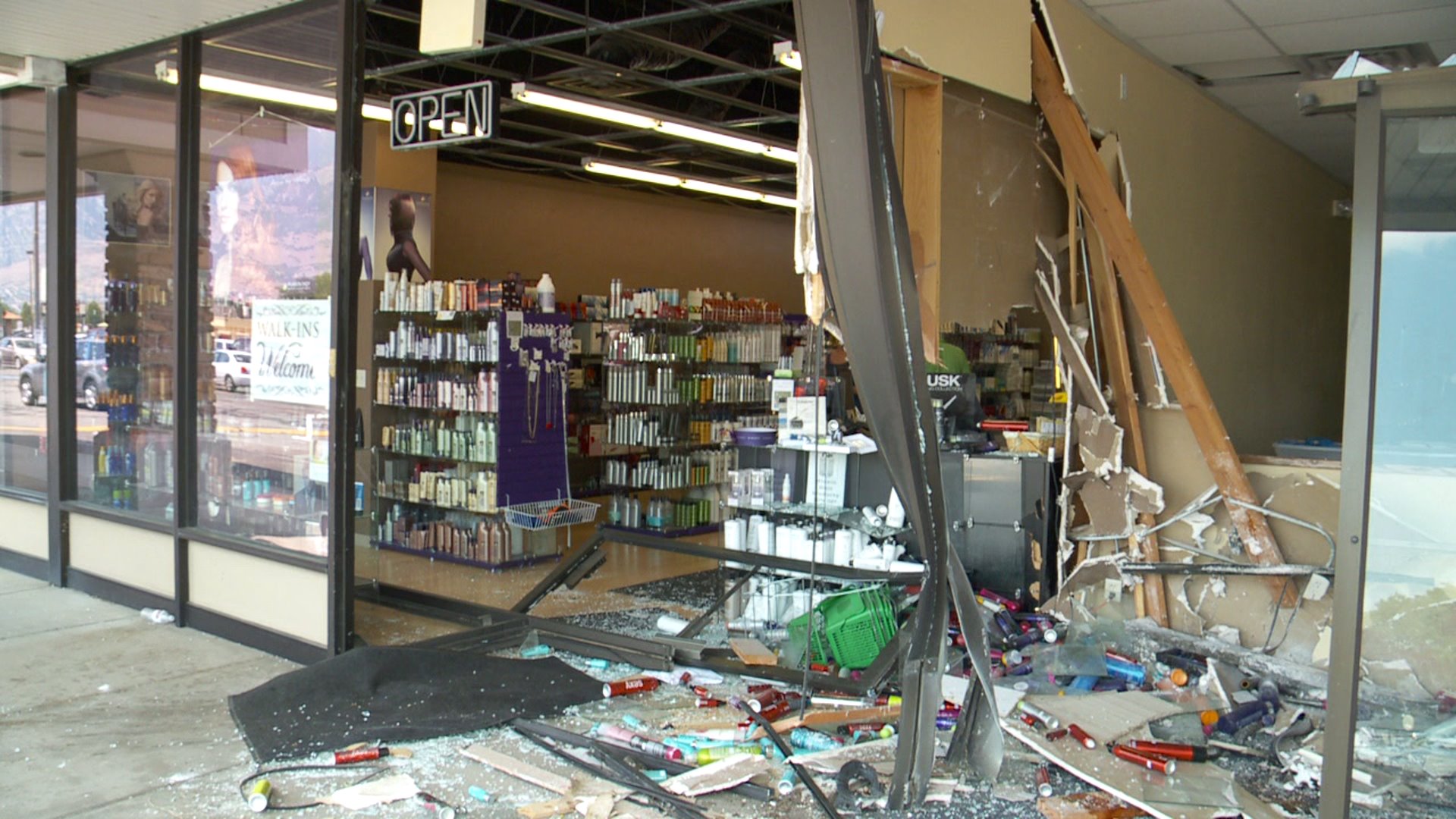 AMERICAN FORK, Utah — A salon sustained heavy damage Wednesday after a vehicle slammed into the front of the business.

Police said a woman in her 70s was arriving for an appointment at Beautylicious Salon, 648 E. State St, and when she pulled up her foot slipped off the brake and hit the gas pedal instead.

Lt. Sam Liddiard of the American Fork Police Department said one customer suffered a small scratch but did not want to file charges. He described the crash.

“Her car did collide with the front of the business, where it came to a rest and stopped,” Liddiard said. “She wasn’t injured in any way. There was one  patron of the business who was injured, got a small scratch.”

The exact extent of the damages have not been determined, but officials estimated it will take several thousand dollars to make the necessary repairs.