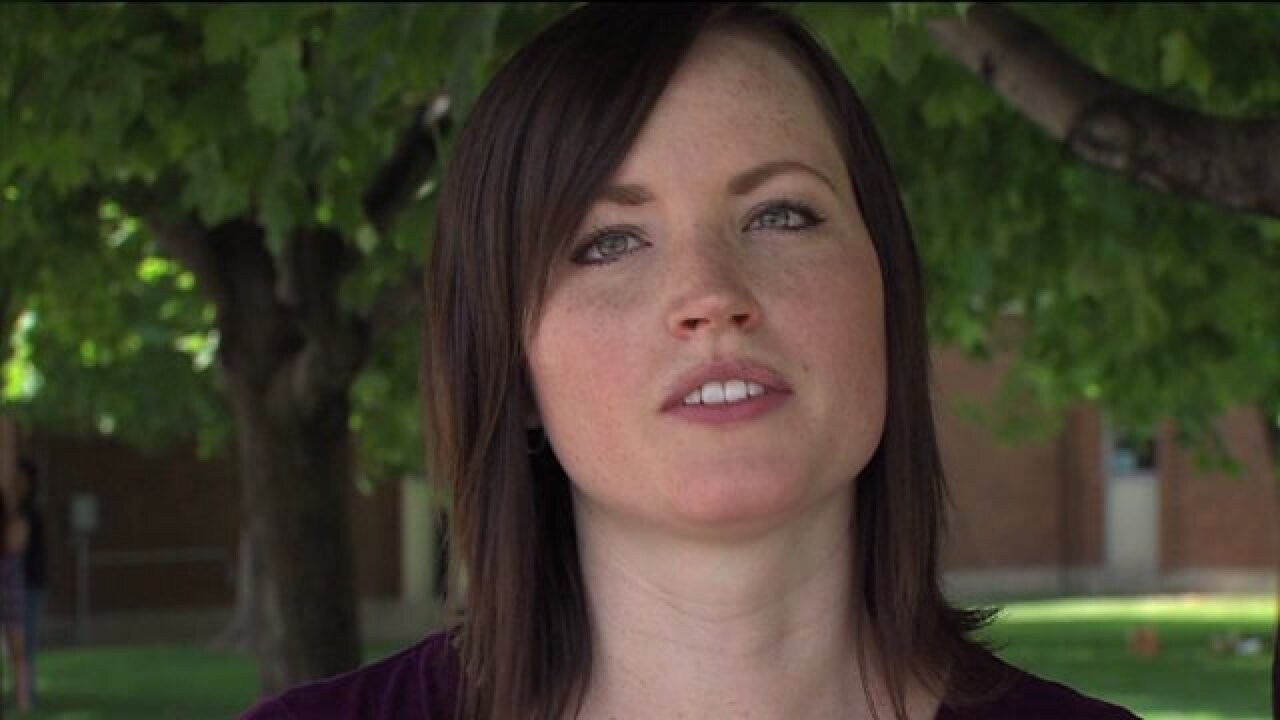 LOGAN, Utah -- It's a letter one Logan mother never thought she'd get. It asked her to cover up while breastfeeding.

Andrea Scannell was given the letter from the school's principal Wednesday, and already it's going viral and is generating a lot of online discussion. It seems everyone has an opinion about breastfeeding in public.

The letter says, in part, "The concern is with the exposed breastfeeding of your baby." It continues, "As a public school, we have children of all ages attending the lunch program. We also have numerous adults who share a wide variety of personal views and views on raising their own children."

Scannell said she thinks the letter was in poor taste, not her breastfeeding.

"This kind of shaming, this kind of bullying, it prevents other breastfeeding women from going out in public, from feeding their baby," she said.

Logan City School District Superintendent Marshal Garrett explains, "It was an intent not to stop anyone from breastfeeding, any mothers coming in, that has never been our intent. The intent was to just allow for all to feel welcome at our summer lunch program."

FOX 13 News asked other Logan residents how they feel about breastfeeding in public.

Larry Petersen said, "I think it can offend people."

Melissa Stuart said, "It can start a talk I think with younger kids that maybe parents aren't ready to address yet or that should be addressed at home."

Kim Babcock thinks, "As long as it's discreet and they cover it up a little bit, I don't see a problem with it."

Utah law states that a mother is not required to cover herself when breastfeeding in public. Scannell said she doesn't use a blanket, but said she is always covered.

The Logan City School District Superintendent said the lunch program has been around for 15 years and this is the first incident of this kind.