SALT LAKE CITY -- Salt Lake City Fire Department personnel responded to a large grass fire Friday afternoon, and the smoke from the fire was impacting visibility and led to the temporary closure of Redwood Road in the area.

Jason Asay, Salt Lake City Fire Department, told FOX 13 News at about 3:45 p.m. that the blaze in the area of Redwood Road and 300 South is a two-alarm fire, and a short time later officials tweeted the fire had become a three-alarm fire.

Firefighters were able to contain the fire.

Both eastbound and westbound I-80 to Redwood Road ramps were closed, and Redwood Road from South Temple to 400 South was also closed. The closures were lifted later Friday.

FOX 13 News' Gene Kennedy was live at the scene, see the video above for his report as well as footage of firefighters battling the blaze.

Traffic cameras near the fire showed heavy smoke in the area, see the gallery below for the photos. 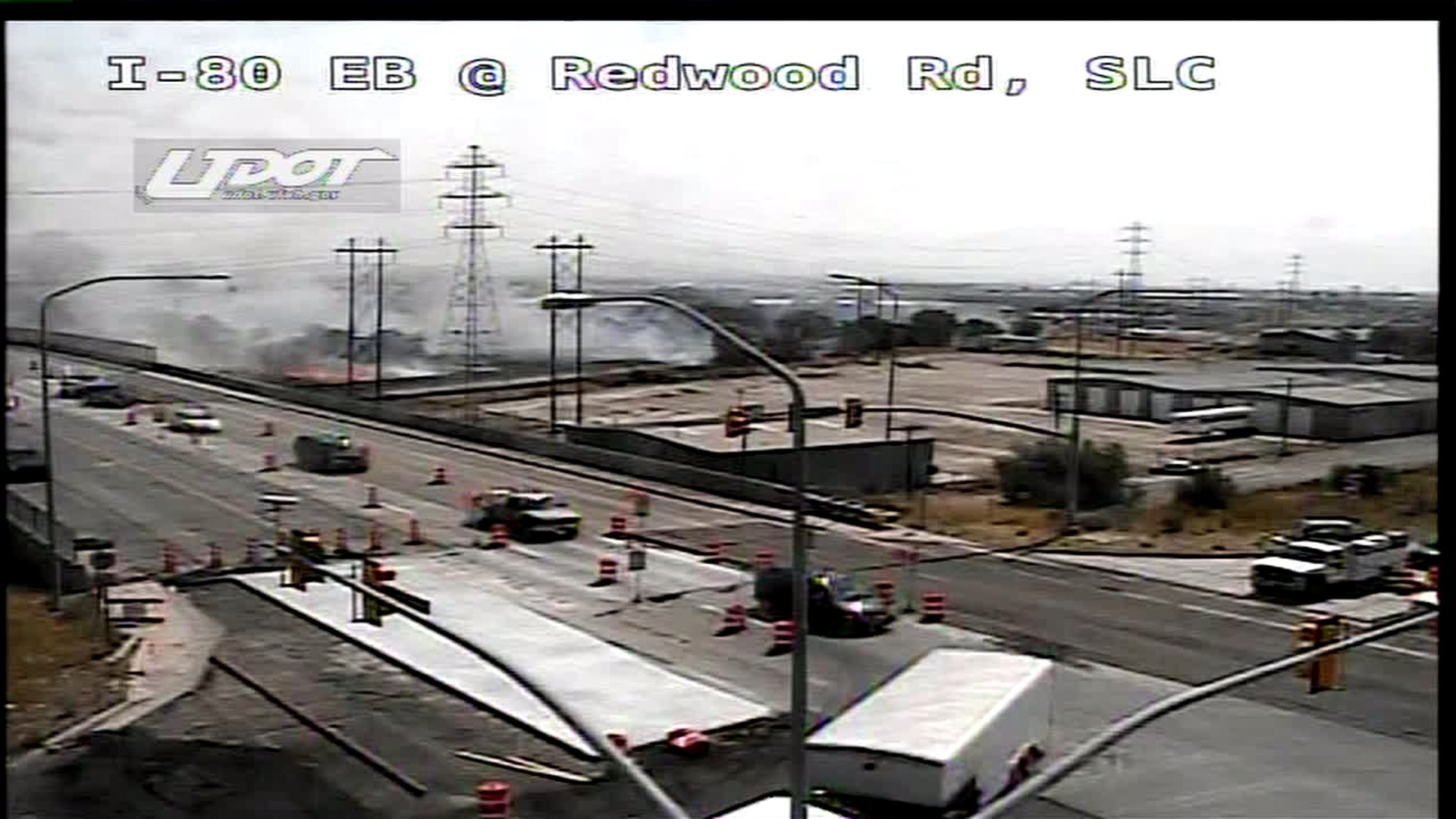