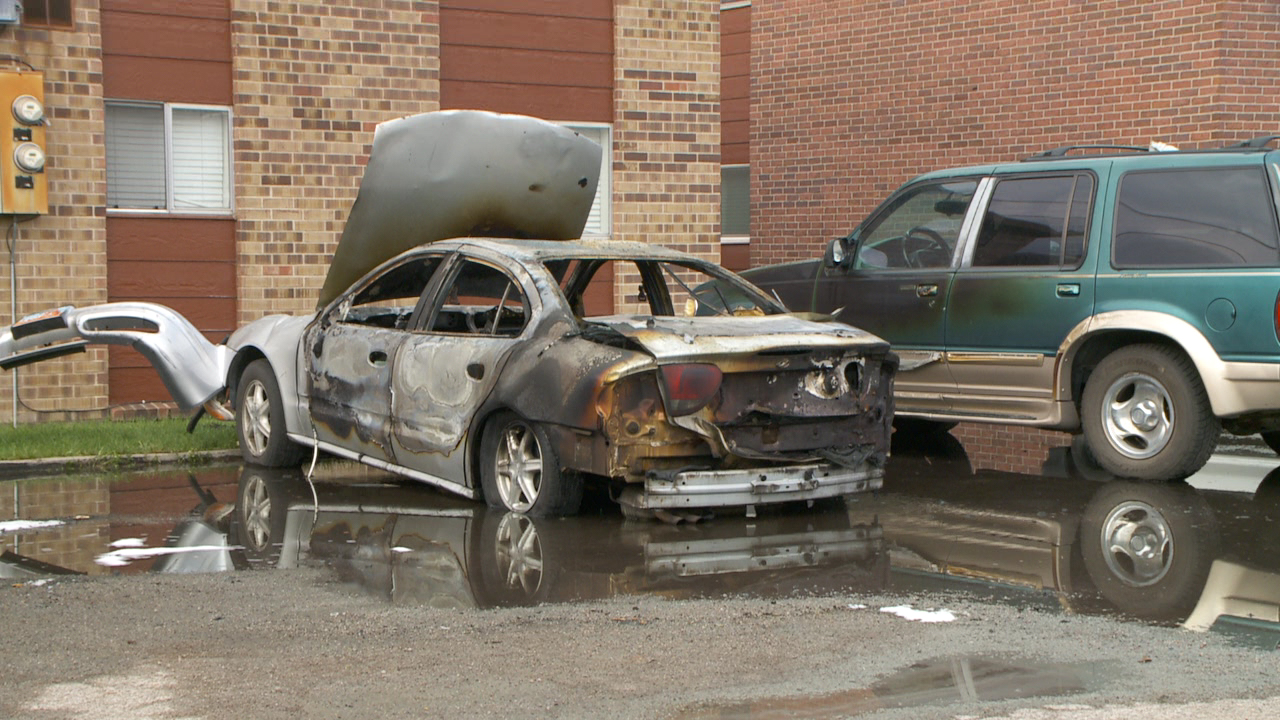 SALT LAKE CITY – Firefighters responded Sunday morning to a car fire that was threatening nearby structures, and authorities later determined the vehicle destroyed in the blaze had been stolen.

Crews responded around 8 a.m. after receiving reports of a car burning just outside of an apartment building located at 1468 S. Pacific Ave.

Dispatch officials said early Sunday morning the fire was threatening the nearby structure. Resident Jasmyne Sheppard said the fire gave her family cause for alarm.

“My husband got out of bed, he went to the window, and he told me to get everybody up and everybody dressed,” she said.

The car was fully engulfed in fire, and Sheppard said the vehicle was still running despite the flames.

“Well, we all come outside, and we could hear the car still running,” she said. “So the car was still running, the alarm was still going off, and there was flames going up, really, really high.”

Firefighters made preventing the fire from spreading to structures their main priority, and they were able to contain the flames and confine the damages to vehicles nearby.

“It did cause damage to the vehicles that were adjacent to it, and the vehicle that was originally on fire is a complete loss,” said Capt. Mark Bednarik of the Salt Lake City Fire Department.

Bednarik said that, because the car was fully engulfed when they arrived, it is difficult to determine where the fire started.

Jason Asay, a Salt Lake City Fire Department spokesman, said investigators have determined the car was stolen. It was not clear how the fire started.