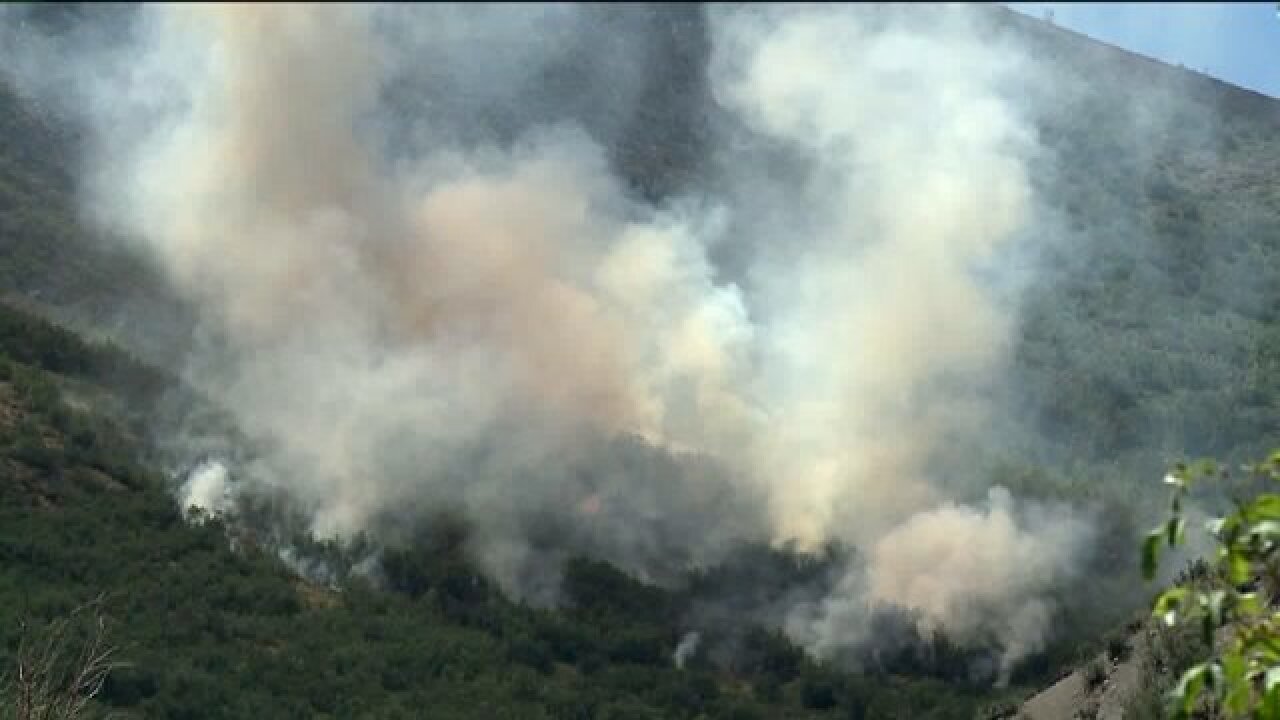 MORGAN COUNTY, Utah -- Firefighters have been battling the Tunnel Hollow Fire in Morgan County for almost three days. Utah Division of Forestry officials say the fire is just one of several started by lightning on Sunday night.

More than 1,000 acres have burned and it's only getting bigger.

The fire is not threatening any structures but the Division of Forestry has closed down the Weber River for recreational activities, which is hurting some local businesses.

"We got a call from the sheriff saying we can't run our business today because they're closing down," said Josh Hooker, Manager of Park City Rafting and Barefoot Tubing.

Between Croyden and Morgan the Weber River is closed to kayaking, tubing and rafting, forcing businesses like Barefoot Tubing to close their doors.

"I was pretty confused because we could see the flames, they weren't anywhere near the river and I was wondering why they were closing the whole thing down," Hooker said.

But even though the flames are on top of the mountain fire managers say the river is still in harm’s way.

"This is a steep, steep country. A lot of these rocks are held in place by trees and other vegetation and when that vegetation burns it releases rocks -- large rocks, boulders that can go down and hit the rivers as well as burning material," said Jason Curry, spokesman for the Utah Division of Forestry, Fire and State Lands.

There are four helicopters currently battling the fire from the air and dipping into the river to get water but with the fire at zero containment it's not clear when the river will re-open.

"We'll be evaluating it on an ongoing basis. We'll look at it tomorrow, see what the conditions are like and go from there," Curry said.

Rafters hope the river will open sooner than later.

"Today we had to cancel 50 plus people coming down if it gets to the weekend it will be a lot more,” Hooker said. “We send hundreds of people down on the weekend and so hopefully they can open it up.”