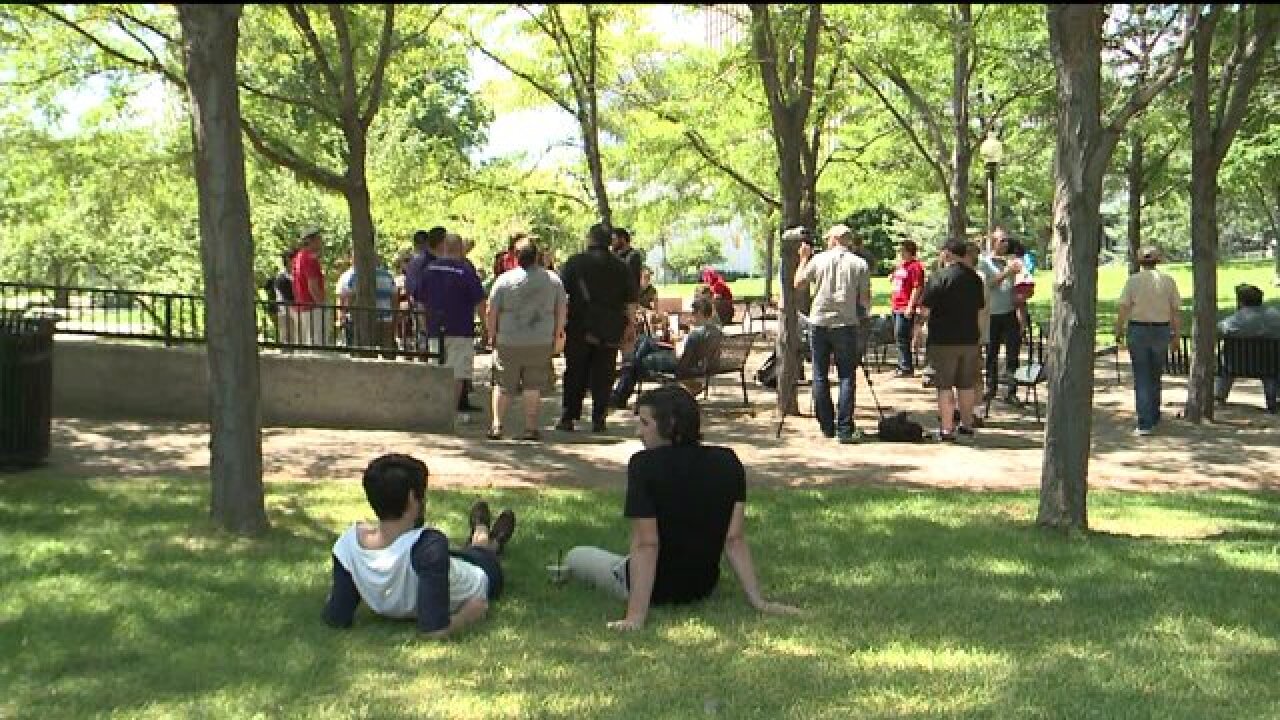 SALT LAKE CITY -- The expectations didn't quite match the actuality as a crowd of about 100 people gathered in City Creek Park, some to sign letters of resignation from the The Church of Jesus Christ of Latter-day Saints and most to show support for those resigning.

The event organizers expected between 400 and 600 to attend but said they are pleased with how it went anyway.

"The purpose of this sort of event, demonstration, protest, is to give voice to the people that are marginalized within the LDS religious community," organizer Micah Nickolaisen said.

On a park bench in the middle of the crowd, Tamara Fox sat penning her letter of resignation.

Now 33, Fox said she stopped attending about 10 years ago. She considers her resignation a statement of solidarity with women who, unlike her, want to remain in the faith while voicing support for women's ordination.

"I'm particularly excited to be here today because the reason I initially stopped participating in the church is because of issues of gender and the way that women are treated in the church," Fox said.

Fox referred specifically to Kate Kelly, the founder of Ordain Women, who was excommunicated from the LDS Church by a disciplinary council in Virginia on June 23.

After a few short speeches spoken through a megaphone, the crowd marched around Temple Square before depositing letters of resignation in a mailbox across from the Lion House on State Street and South Temple.

The LDS Church staff were not working Thursday due to the state holiday and could not be reached for comment.

For more information about the group who organized the protest, visit LDSMassResignation.com