DRAPER, Utah - A man was hospitalized after an explosion sparked a house fire in Draper on Friday morning.

Neighbors say they heard a loud explosion that shook their homes, and when they came outside, they saw flames shooting out of the home across the street. They say they saw the man stumbling out of his home just after the explosion.

"I was preparing to go outside to get the mail out of the mailbox and "boom," a very loud explosion," said neighbor Rusty Lugo. "And I immediately thought maybe something hit south mountain, maybe any airplane even."

The fire spread quickly, causing part of the house to collapse, and flames were so intense that siding melted off nearby houses.

While one neighbor called fire crews, another helped the homeowner and dog out of the backyard, and the man was transported to the hospital via LifeFlight.

"When they arrived, (there were) flames coming out of the structure. We had one patient that they flew to the hospital," said Chris Atkin, spokesperson for Unified Fire Agency.

Draper City reports that the cause of the fire is believed to be a gas explosion, although the fire is still under investigation.

No one else was in the house at the time; the man's wife and children are out of town. The victim's condition is currently unknown. 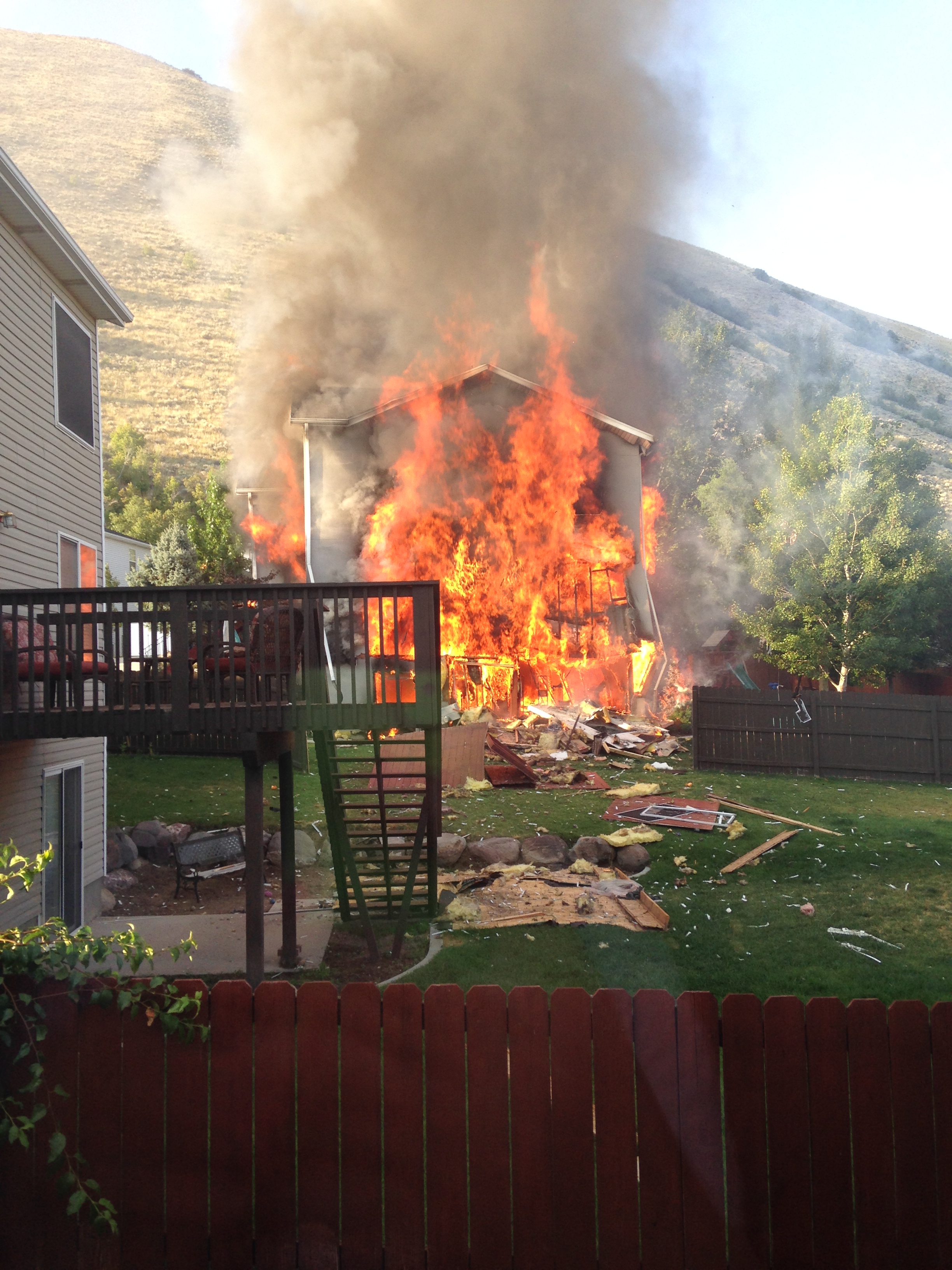