Homeowners say house is haunted with more than 5 ghosts, news crew gets a tour

HANOVER, Penn. – Homeowners are getting national attention for their home, which they claim is haunted with more than five ghosts and other entities.

The Pennsylvania house was recently featured on “The Dead Files,” a show on the Travel Channel.

Owner DeAnna Simpson said she has the ghoulish photos and audio recordings to prove it.

Simpson said she and her family have lived there for seven years.

“We put everything into this house,” Simpson told Fox 43. “And we do want to move but we would have to list it at such a price where we could recoup what we put in.”

She said she there are at least five ghosts in the house, probably more.

Simpson told Fox 43 one of the entities in the home is a demon.

She said it appears in photo was a 7-foot-tall shadow figure.

The Fox 43 news crew toured the house and said while they were there, Simpson recorded “orbs” on  her cell phone camera and caught a clip of a shadowy hand reaching out.

According to FOX 43, their photojournalist Nick Petrillo felt his hand burning and saw a scratch form on his wrist while in the home.

Simpson said she has invited priests, paranormal researchers and mediums into the home.

She says the crew turned up evidence of grisly deaths that happened there. 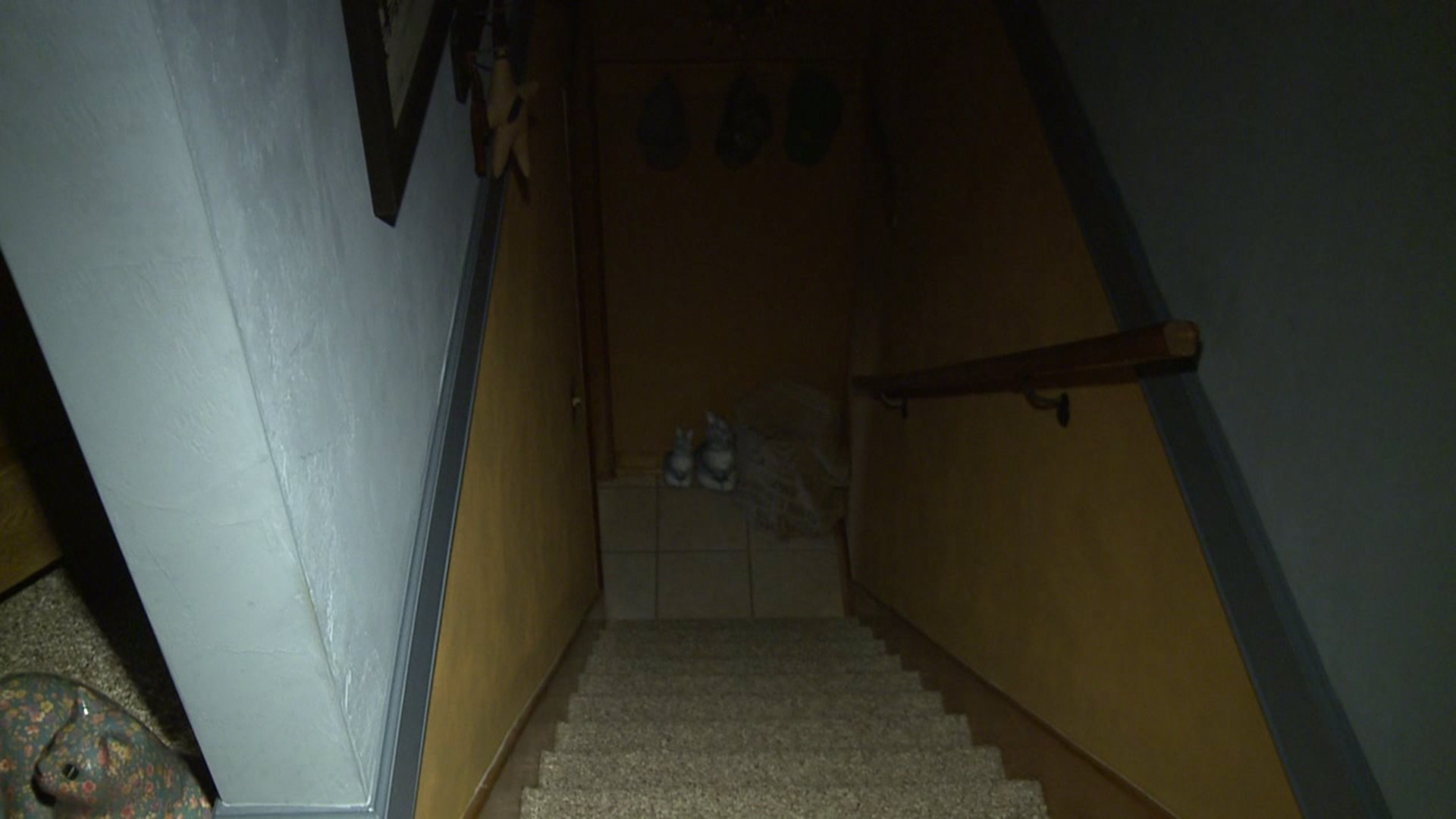