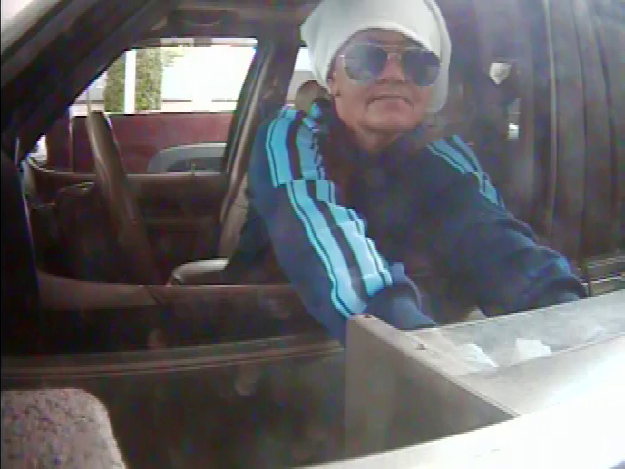 OGDEN, Utah — Ogden police have released a series of surveillance photos showing a woman who allegedly tried to rob a bank from a drive-up service window.

According to a press release, the suspect pulled up to a drive-thru lane at Wasatch Peaks Credit Union around 10:20 a.m. and passed a purported explosive device to a teller, along with a note indicating the device was a bomb.

Police said the woman fled the scene when her demands for cash weren’t met.  The device was dismantled by the Davis County Sheriff’s Bomb Squad, who determined it was made from a battery and a wire to look like an explosive device.

The suspect was described as a woman age 45-55, with dark brown or black hair.  She was wearing large aviator-style sunglasses, a blue athletic jacket and a white head covering.

She was driving a late 90s or early 00s light green Ford Explorer with Utah license plate # 742 PJU.  Police said the license plate on the vehicle was stolen.