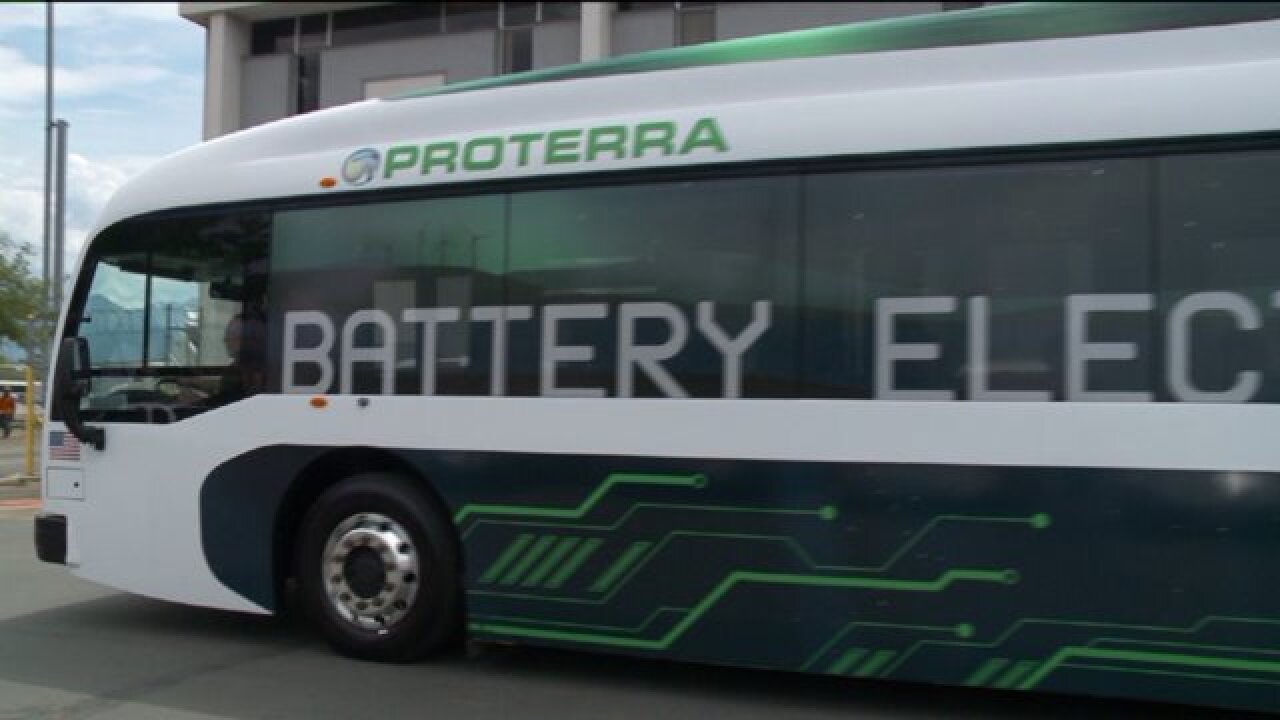 SALT LAKE CITY -- Bus manufacturer “Proterra” is on a 55 city tour, showing off its new wheels and hoping to entice cities such as Salt Lake to invest. The Utah Transit Authority was given a demonstration of the company’s electric buses earlier this week.

“We’ll continue to look at the technology. This is fairly new. We’re looking to see if it’s service-proven and a good value for our customers,” said Steve Meyer, UTA’s Chief Capital Development Organizer.

Each bus costs about $800,000, which is about twice as much as a regular diesel bus. A Proterra representative said the buses pay for themselves over the long run.

Proterra says the buses recharge in less than ten minutes, allowing them to stay on a continuous route throughout the day.

They also have 30 percent fewer parts than typical diesel buses, and have no emissions of any kind.