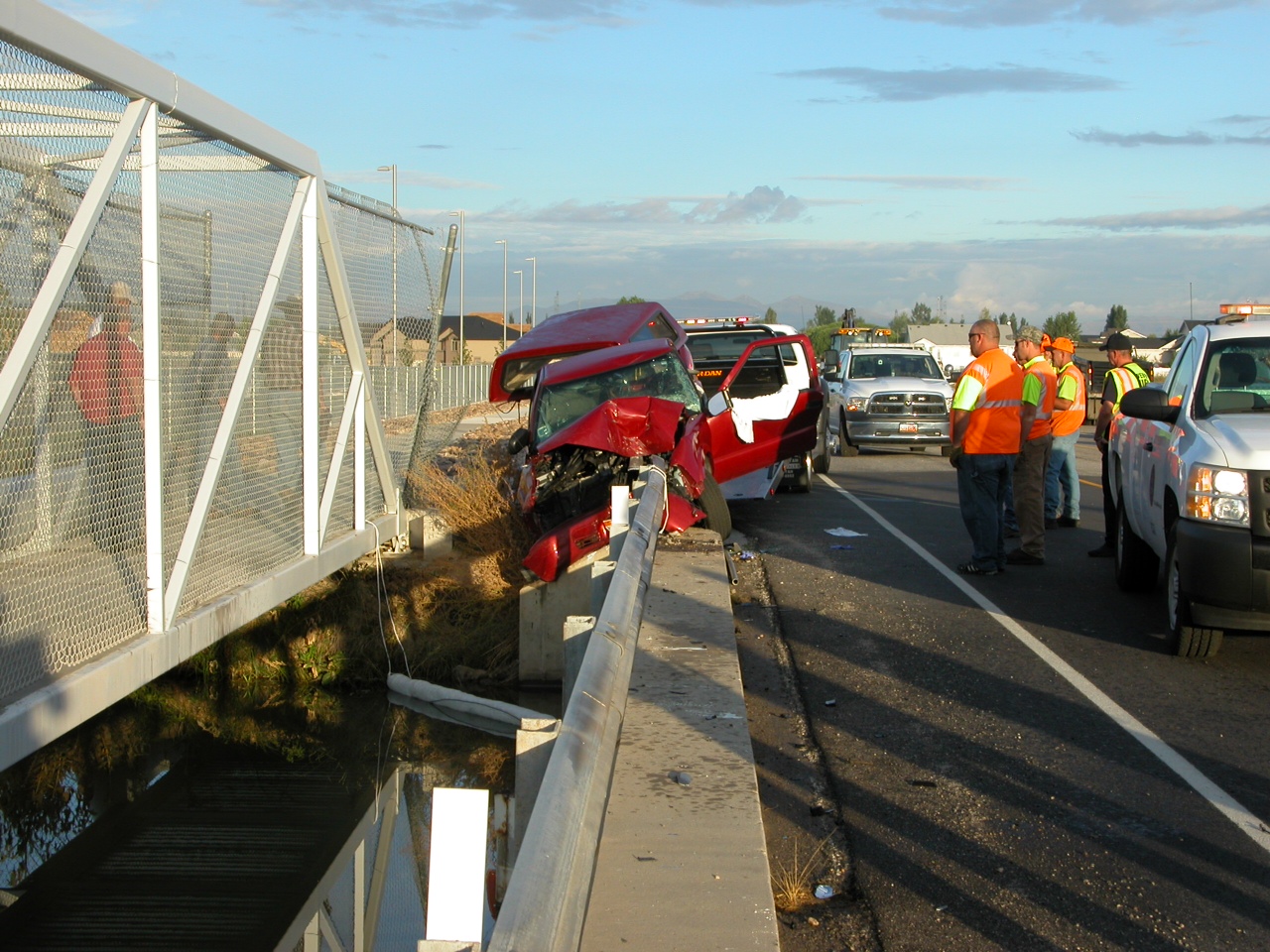 WEBER COUNTY, Utah — Two serious auto collisions within an hour of each other caused road damage and traffic delays Tuesday in Weber County.

The first happened at 5:30 a.m. in Farr West at 2700 North 2400 West. According to a press release, eyewitnesses saw a Chevy Sonoma truck drift to the side of the road and slam into the guardrail on a bridge over the Willard Canal. The rail penetrated the driver’s side of the truck and injured the driver’s leg. The vehicle sustained considerable damage after the guardrail passed through the seat, barely missing the 38-year-old man behind the wheel.

Weber fire personnel removed the driver and took him to McKay Dee Hospital where, according to a medical report, he is in stable condition.  HazMat crews arrived to clean up leaking automotive fluids and keep them from flowing into the canal. A statement from the Weber County Sheriff’s Office said the cause of the crash is under investigation.

“[I]t is initially thought the driver […] was reaching for something inside the truck and didn’t realize he had drifted off the road,” the statement said.

The second accident took place less than an hour later in Marriott-Slaterville, at 1900 West and 12th Street. A press release from the Weber County Sheriff’s Office said a Chevy Aveo traveling west collided with an eastbound Kia Spectra in an intersection.

The 23-year-old female driver of the Chevy had no injuries and was released at the scene.

The Kia was carrying three passengers, including a two-week-old infant. Police who were first on the scene said they were relieved to hear a baby crying amid so much wreckage. The infant had been properly restrained in its car seat and appeared to have no injuries.

The child’s mother was not wearing a seat belt at the time of the accident and suffered a broken arm, while her husband, who was driving, suffered a broken nose. All three family members were taken to the Ogden Regional Medical Center for treatment and were released.

The Marriott-Slaterville accident caused major traffic delays for several hours and its cause is still under investigation.

Police are using these two accidents as examples to remind Utahns to pay extra attention to the road and wear seat belts while driving.