Protesters to Common Core gather at state School Board meeting, dissapointed with result 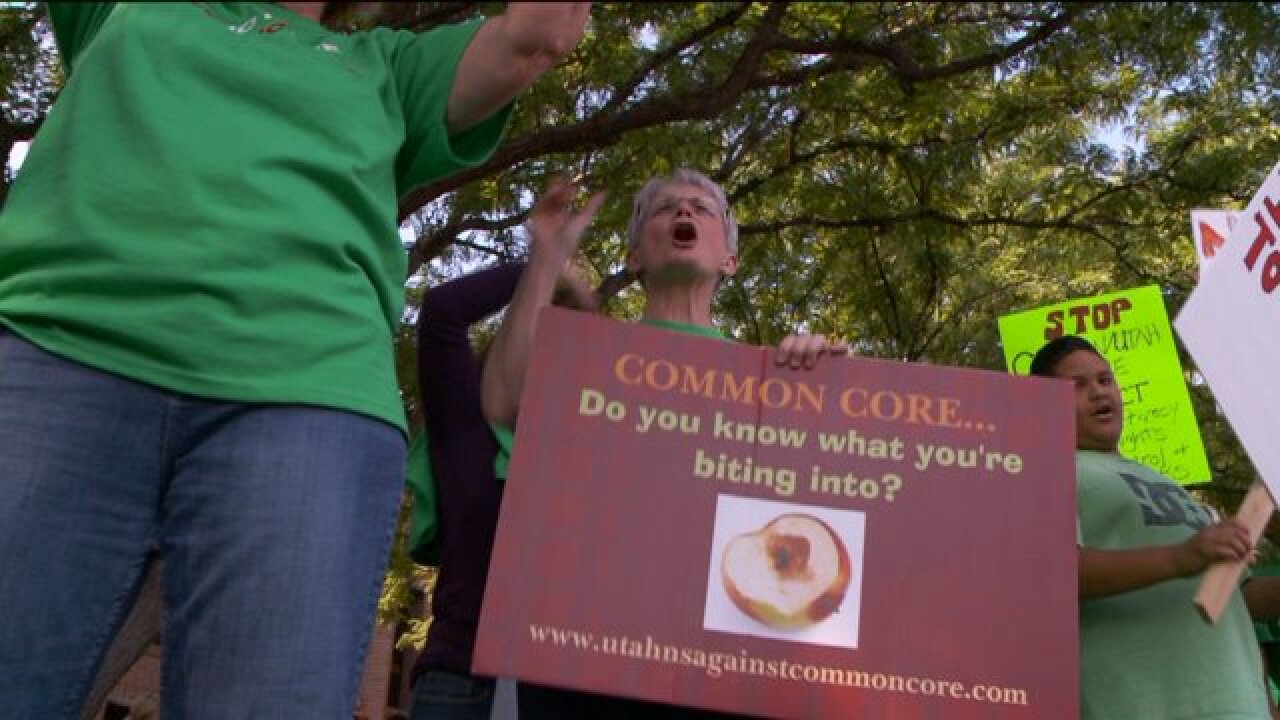 SALT LAKE CITY -- A quick vote ended a long morning of protests and public comment as the State Board of Education voted to request a federal waiver from federal No Child Left Behind mandates.

The vote angered well over a hundred protesters who packed the Board's meeting room beyond capacity and filled the adjacent hallways of the state office of education.

Common Core opponents say the vote is tantamount to solidifying federal control of Utah school curricula. Their argument: the federal government grants the waiver only if Utah agrees to meet national education standards.

On the other side of the debate: the Parent Teacher Association, the Utah Education Association and the Association of School Superintendents agreed with the move.

Without the waiver, Utah would lose about $27 million in federal funds for low-income schools and the state would have to go back to the unpopular demands on school evaluation set forth in the No Child Left Behind act.

Protesters called that a false choice with the federal government using money to force schools to comply with unconstitutional demands.

Prior to the meeting, protesters gathered outside the State Office of Education with signs held up for commuters on 500 South in Salt Lake City. Most of the Protesters wore green shirts saying "No More Common Core."