All three are still in the hospital at this time.

At approximately 9 a.m., emergency crews responded to the area near the airport, located at 7291 S. Airport Road. Dispatch officials confirmed that two medical helicopters were dispatched to the scene.

Officials said the pilot lifted off the airstrip but didn't achieve the necessary height. The plane came down in a soccer field after striking a berm and bouncing, and a couple and their adult daughter were inside the plane.

Nearby witnesses helped the family get out of the plane before the vehicle caught on fire. Witnesses said the two women were moaning in pain and the man, who had been piloting the aircraft, was unconscious. Robert Kelley was among those who responded.

"I pulled the wife out, the right passenger, out of the plane first, she was the closest one," Kelley said. "I grabbed her and unbuckled her, then I ran back to the plane, where two guys were already trying to get the pilot out. But at that time, the plane really got engulfed in flames, and I jumped in as well and all three of us pulled him out and dragged him to safety."

The family, who were traveling from the Boise area, are expected to survive. Specific details regarding the nature and severity of their injuries were not immediately available.

FOX 13 News' Ashton Goodell spoke with witnesses and rescuers, see the video above for their interviews.

FOX 13 News viewer Monico Garza provided video of the scene minutes after the aircraft went down, see below for the footage. 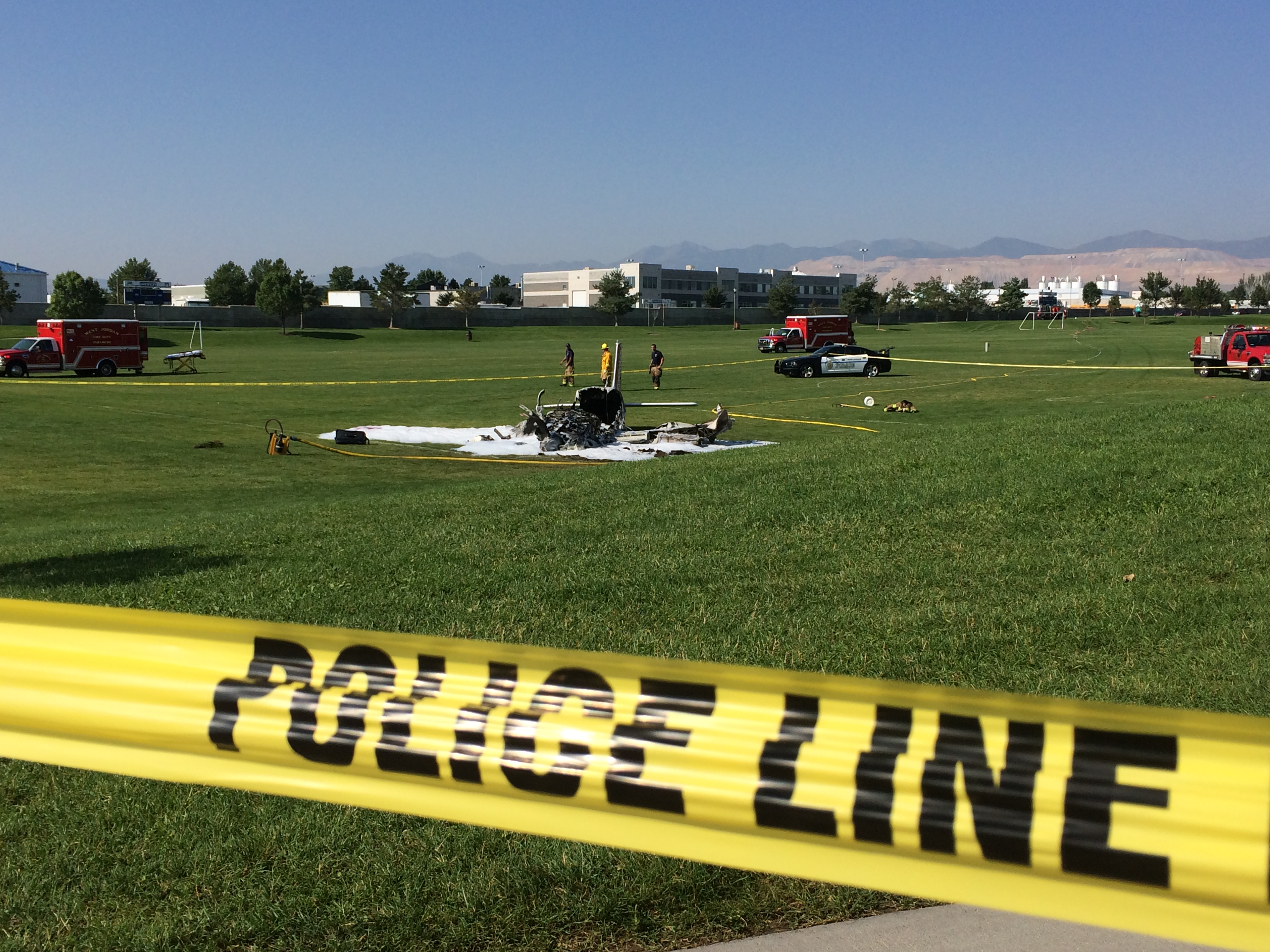