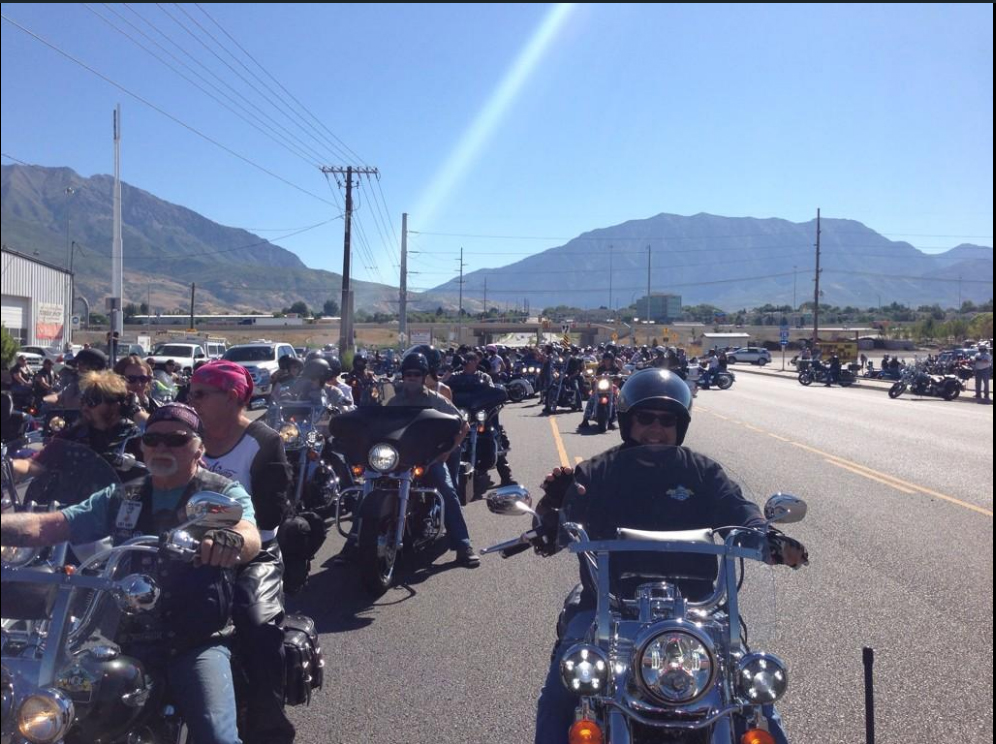 Event organizers said it is estimated more than 6,000 people participated in the 9th Annual Ride for Fallen Officers, which is put on by officials with the Utah Law Enforcement Memorial and Timpanogos Harley-Davidson.

The riders wound their way past thousands of supporters and ended at the memorial to fallen officers that stands at the State Capitol. Rick Scoggan has participated in the ride each year it has been held.

“Well I think that the fallen officers ride is a great ride for helping the families that lose people that serve us,” he said. “And my son’s an officer, and I’ve got family and friends that are officers, and they put their life on the line and they could use the help when something goes bad for them.”

Allen Handy is among those who founded the annual event, and he said they will continue to offer support for the families of fallen officers.

“Hopefully we don’t have to add any more names to this wall, but if we do, we’ll be here to support the officers and their families,” he said.

Two officers were honored this year, as their names are new additions to the wall. Sgt. Derek Johnson and Sgt. Cory Wride.

Related story: Names of 2 Utah officers killed in the line of duty added to memorial