SALT LAKE CITY -- Federal drug agents have seized 31 pounds of heroin and more than 21 suspects have been arrested in a series of drug busts across the Salt Lake Valley.

The busts have put a dent in the drug trade and importation of heroin in Utah, the U.S. Drug Enforcement Administration said at a Thursday news conference.

"There are significant drug trafficking organizations operating from Mexico and our southern borders and supplying Utah with significant amounts of heroin," said Nicki Hollmann, the assistant special agent-in-charge of the DEA.

The busts were carried out across the valley from February until now with a majority of the arrests being made in April.

Hollmann said the investigation is not over yet, but law enforcement acknowledged such a significant bust only puts a dent in the drug trade. West Valley City Police Chief Lee Russo likened it to a game of "whack-a-mole."

"We took one out today," he said. "Tomorrow, there's probably two more."

Big busts like this put a dent in the drug trade, but police tell FOX 13 a side-effect is crime may also be going up. With so much drugs off the street, the price for what is left has just skyrocketed.

"When you drive the price of heroin up, people are still going to need that fix because there's no alternative for them," Salt Lake City Police Chief Chris Burbank told FOX 13. "So they may commit more crimes to get more money and those are things we need to be vigilant about."

After a crackdown on prescription drug abuse, authorities say people turned to heroin and its popularity has grown in recent years. On Thursday, prosecutors called for more to be done to treat people with drug addictions. 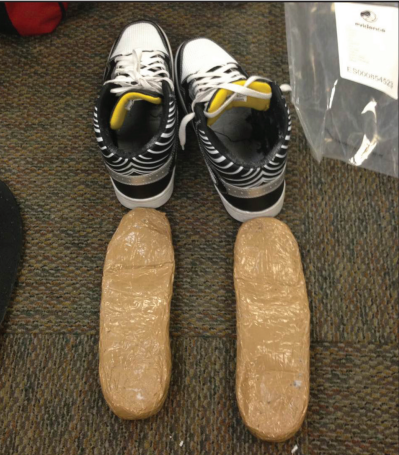